GMS Take on Trucks: Time to go after a championship 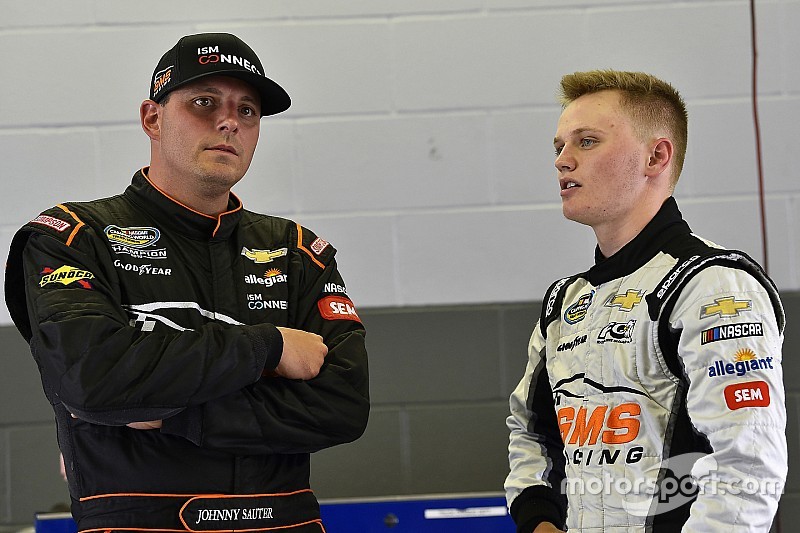 This weekend GMS Racing will have two of the four drivers vying for the NASCAR Camping World Truck Series title.

Johnny Sauter, who won the 2016 series championship, returns to the Championship 4 and will be joined by his GMS Racing teammate Justin Haley, who is making his first bid for the series title.

Sauter enters as the favorite leading the series this season with six wins.

“A second title would be the ultimate accomplishment,” said Sauter. “This has been a dream season. Throughout the years I’ve seen guys having seasons like this and wondered if I’d ever have that and now here we are, right in the middle of it.

‘I don’t want to say it would be a disappointment not to win a championship but I think it would feel incomplete.”

Sauter is happy to return to the finale with many of the same members on his GMS Racing team that were with him when he won his first championship.

“I’m not worried about this team,” Sauter said. “For the most part these are the same guys from the last two years, we all work well together and they know what’s expected. I put a lot of pressure on myself and they know that but at the end of the day they also know I have complete confidence in all of them.

“So, sure it would be huge for us to go out and win another but I know it would be a big deal for Justin to win also. I want GMS to be successful as a whole and I know how good the No. 24 team has been. I think that helps.

“We can lean on each other a little more than the others but at the end of the day we’re still racing for the same thing.”

Sauter feels the four drivers remaining in the championship hunt (Brett Moffitt and Noah Gragson are the others) are worthy of being there at Homestead-Miami Speedway going after the 2018 crown.

“I look at the four guys that are left and feel like it’s the four best, most successful drivers from this season,” he added. “I can’t pick any one in particular that is the biggest threat, any of us has a chance.”

Haley, who picked up three wins so far this year, said he is ready to go after the championship as well.

“I’m really proud of the year this team has had,” he said. “We’ve been working hard since last season to get to this point. After my first win in Gateway, the No. 24 team has had momentum on its side, and I think we really started getting rolling at the right time, during the first two rounds of the playoffs.

“Now we’re headed to Homestead for a shot at the championship and I couldn’t be more excited. Hopefully we can keep the momentum we’ve built up on our side and wrap up the 2018 season on top.”

Team president Mike Beam said the organization is proud to have half the championship field in Friday night’s race.

“It is a really big deal to have two drivers competing for a title this year,” said Beam. “This is something that means a lot to everyone in this organization and it’s something (GMS Racing owner) Maury (Gallagher) is extremely proud of.

“Johnny is here for a reason. He’s a winner and has contributed a lot to this team since he came here in 2016. He knows what he has to do and we expect him to get it done.  He and Joe (Shear Jr., crew chief) make a great team and the guys on the No. 21 have been together for a while now so it would be big for them to finish off this season with a championship.

“Justin has come a long way in a short amount of time. He has always been determined and talented, but the change in him over the last year has been exciting to watch. He’s matured a lot in how he handles himself on and off the track, and he and (crew chief) Kevin Bellicourt have developed a strong relationship that has gotten them to this point.”

Harrison Burton to run full Truck schedule with KBM in 2019