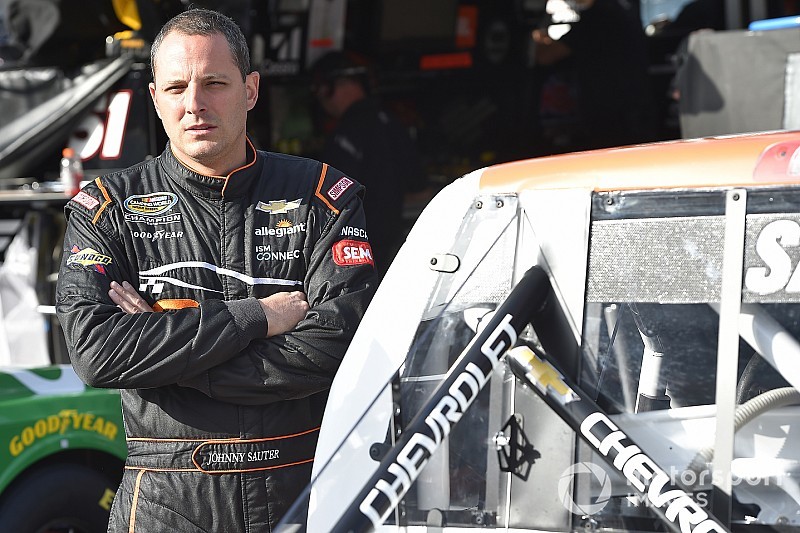 Johnny Sauter heads to Talladega (Ala.) Superspeedway with a 17-point lead over Noah Gragson in the first cutoff race of the NASCAR Camping World Truck Series playoffs.

While odds are strong that the 2016 series champion will advance, he’s not taking anything for granted.

“I feel as good as you can (heading into the race),” said Sauter. “GMS Racing speedway trucks have always been extremely fast and we’ve won some speedway events.”

Sauter has performed well at the 2.66-mile track with one win, three top-fives and five top-10s in nine starts on the superspeedway.

“Obviously I’m going into the race with the best of intentions,” said Sauter. “The championship playoffs is a stressful situation and it’s either going to work out or it’s not.”

Sauter is also joined in the playoffs by teammate Justin Haley who is fourth in the standings and Stewart Friesen in eighth - Friesen’s truck is prepared by GMS Racing.

“The good thing about having Justin and Stewart with me in the playoffs is we should all qualify in the top-10 with our fast trucks,” said Sauter.

While Sauter feels he has two items covered to have a good day, the veteran also knows Talladega is a track you can’t take anything for granted from the time the green flag starts the race until the checkered flag flies late Saturday afternoon.

“I’ve been racing so long there that I know you really don’t know what to expect and you have to be prepared for anything,” added Sauter. “I expect the first two stages of the race to be pretty tame and then you can expect the intensity to turn up in the final stage.”

While some of the drivers in the playoff field are feeling the pressure of needing a win to advance, Sauter doesn’t quite feel as much.

“We really don’t need to win the race, but we need to have a good run to advance and keep moving on in the playoffs,” he added.

The Fred’s 250 will be the first cutoff race of the 2018 playoffs for the series with two drivers falling out on Saturday and six moving on the second round.

Ben Rhodes and Friesen enter the race on the outside looking in to try and advance in seventh and eighth-place, respectively.

NASCAR Heat 3 contest continues on the Road to Miami - video

NASCAR Roundtable: With Talladega ahead, who is in playoff danger?