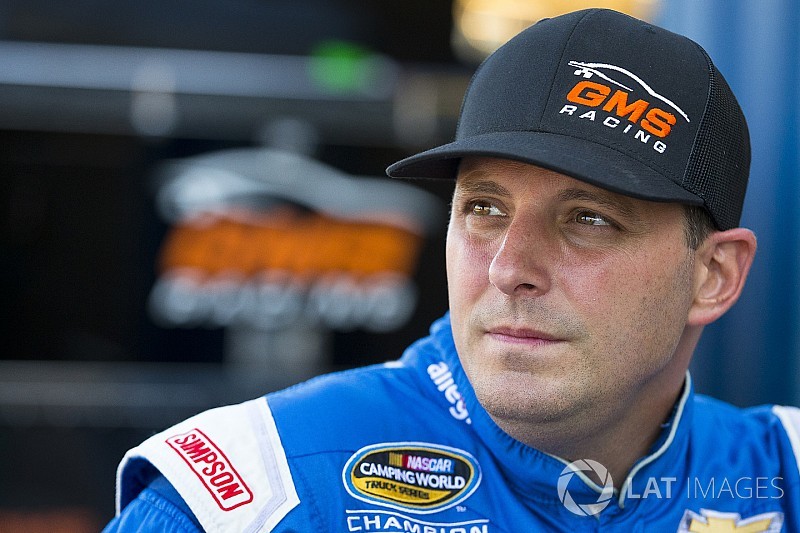 During the test, Sauter posted speeds that topped the pole-winning time for the Talladega truck race.

“I thought it was good,” Sauter said. “I’ve tested the motor twice now. I tested it twice at Darlington over the summer. It had good speed. Coming here will be the real indicator — at a place that’s hard on brakes and we’re running a lot less rpm’s. But so far, we haven’t had any problems and it’s ran good so I feel good about it.”

Sauter qualified fourth for Saturday’s Texas Roadhouse 200 at Martinsville. Sauter has three wins, seven top-fives and 10 top 10 finishes in 19 starts at the half-mile track. He returned here with the same GMS Racing truck that he finished second with in April.

“Everything feels a little bit different just because of the pressure of the championship and it’s 50-laps shorter. With the tire we’ve had this year, I think you’re looking at a one-stop race. That puts a big emphasis on qualifying well and track position.”

Although Sauter expects to return to GMS Racing next season, he doesn’t have a contract yet.

“Obviously, I want to be back, but there’s nothing that’s signed and dotted,” said Sauter, who is second in the truck standings. “You’re kind of in limbo.”

Sauter also hopes to add the Snowball Derby to his off-season adventures. The 39-year-old rookie plans to prepare his own late model for the 50th running of 5 Flags Speedway’s most popular event.

“My poor wife (Courtney), four races in a row, she’s having the baby on Wednesday and I leave Thursday morning to go to Texas. Then I come here to test and I’ve told her I’m going to run the Snowball Derby.”

Harrison Burton finds himself in a NASCAR age-limit quandary