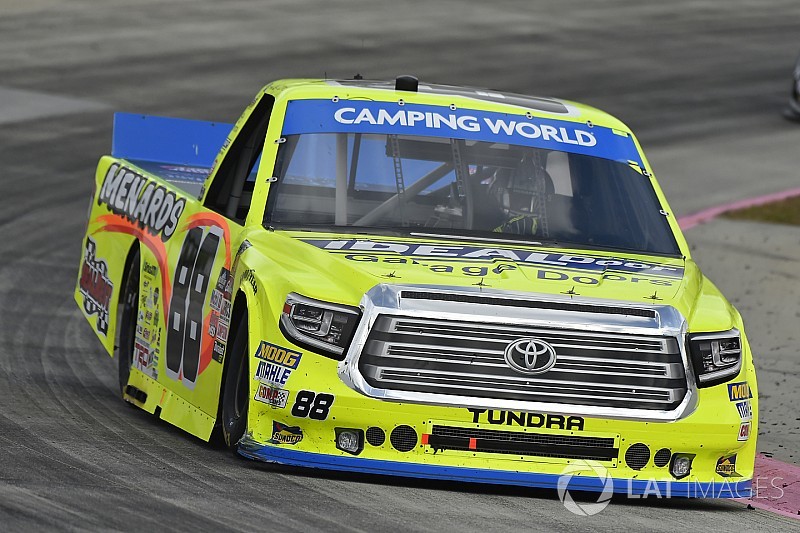 Unlike most athletes, Matt Crafton has spent the majority of his career with just one team — ThorSport Racing.

After two championships, 14 wins, 13 poles, 96 top fives and 23 top 10 finishes behind the wheel of the No. 88 truck, Duke and Rhonda Thorson have once again picked up the option for the 39-year-old Tulare, Calif.-native to return in 2018.

Crafton, who is currently third in the Camping World Truck standings, has spent all but one of his 17 seasons competing under the ThorSport banner.

“It’s been an honor to be with ThorSport Racing,” Crafton told motorsport.com. “I’ve always said I’d be happy to stay in the truck series and end my career in the truck series because it’s just awesome racing. I truly, truly love it here and with the owners I have, you could never ask for better owners. I’ve worked around and seen a lot of owners come and go, but Duke and Rhonda have always been a man and woman of their words.

“They’ve always told me I can be here as long as I want to be and just keep winning races and contending for championships. How many people in this sport can you say have done that? I’m very, very happy to be racing another year for them next year and hopefully, many years after that. I’d be happy to end my career at ThorSport and remain there until I’m ready to bow out.”

In an era where sponsors come and go, Crafton has earned the support of Menards since 2002. With the exception of 2004, when Crafton raced for Kevin Harvick Inc., for one season, the Wisconsin-based home improvement chain has sponsored the driver’s efforts.

“Menards, as a whole, has been such a strong supporter of motorsports — from NASCAR to IndyCar,” Crafton said. “This is the 15th year that I’ve had them on my truck. They’ve been amazing. They’re amazing people. I’ve become really good friends with Paul (Menard) and John Menard, owner) as well.

“Hopefully, we keep that going as long as I’m at ThorSport.”