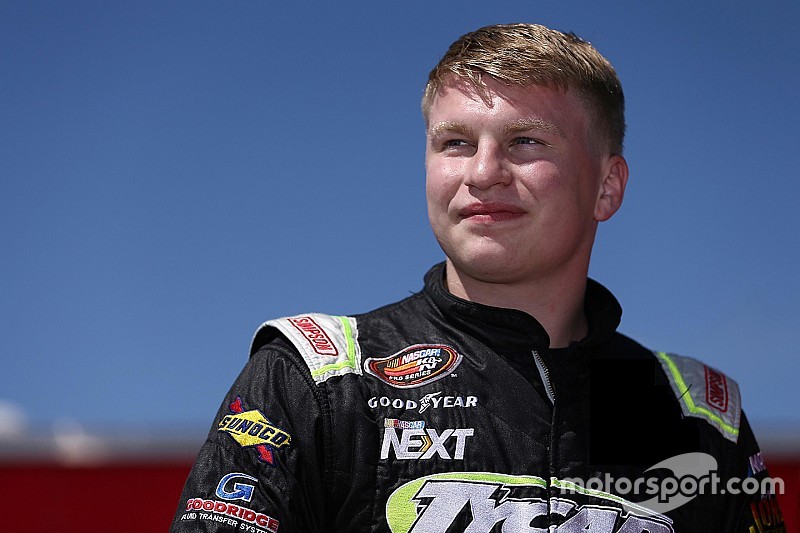 Dippel, who currently competes full-time in the K&N Pro Series East, will make his debut in the Camping World Truck Series in Wednesday night’s Dirt Derby at Eldora Speedway with DGR-Crosley.

Dippel, 18, is second in the K&N East standings and has one win and four top-five finishes in seven races this season.

While most of Dippel’s recent racing experience has taken place in the K&N Pro Series East and ARCA, his racing career started at age seven on dirt. As a 10-year-old, he won his first national championship.

A few years later, he became the youngest driver to win in a Northeast Dirt Big Block Modified after collecting his first Big Block Modifed win at Georgetown Speedway. The following year Dippel continued his successful run on dirt, earning rookie of the year honors in the DIRTcar Northeast Series.

“I’ve been looking forward to this race all year. I come from a dirt background and think we can run really well there, and have a shot to win,” Dippel said. “I spend a lot of time in the shop and at the track with the DGR-Crosley guys, so it’ll be a smooth transition to the truck team.

“I’ll have my K&N crew chief, Chris Lawson, calling the shots for me at Eldora and Jason (Hedlesky) spotting for me. I’m excited – can’t wait to get on the track next week.”

Chase Briscoe to tackle the "Daytona of dirt racing" at Eldora