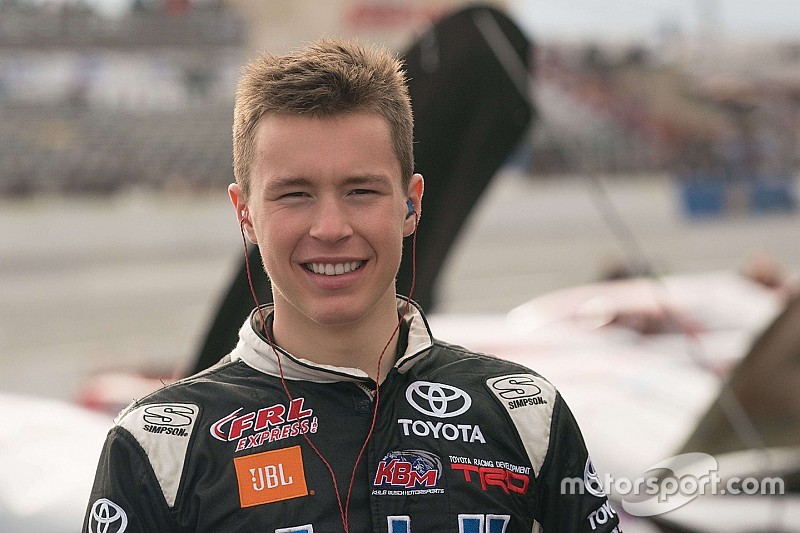 After a successful run driving the SUper Late Model for KBM over the past three season, the 17-Year-Old Canadian driver has committed to a 3-race program in KBM-prepared trucks.

Lessard will make his debut in the NASCAR Gander Outdoors Truck Series on March 23 at Martinsville Raceway. He’ll also compete at Dover International Speedway in May and Bristol Motor Speedway in August.

“The other teams I have raced with all worked hard to give me the best car possible and the great results speak for themselves,” said Lessard. “With KBM for 2019, I am again assured of having one of the best trucks out there, race after race. KBM is a team of winners, and I intend to take full advantage of the great situation I find myself into. One thing is certain; we will be going for the win every time out.”

In addition to the three NASCAR Gander Outdoors Truck Series races in this year’s program, more races in K&N, ARCA and other NASCAR-related series may be added as the season develops.

“It’s rewarding as an owner to see the progression of young drivers like Raphael, and Erik Jones and Christopher Bell before him, that start out in our Super Late Models as part of the Toyota Racing Development program and are able to turn that into an opportunity to compete in the Truck Series,” owner Kyle Busch said. “Raphael was really fast in our Super Late Models last season and added a couple of marquee wins to KBM’s resume. We expect that he’ll be able to step right in and be competitive as he makes the jump to the next level.”

After Daytona win, Austin Hill "not chasing anything but wins"