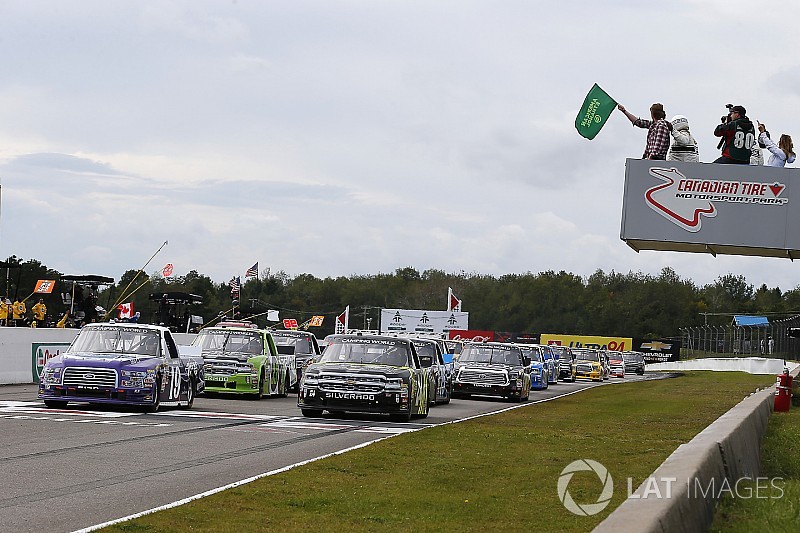 A new season of racing will soon begin at Canadian Tire Motorsport Park. In addition to the regional meetings, the facility will stage five major events this season.

Motorsport.com spoke with Ron Fellows, the former successful road racers who is now in charge of running the impressive facility located near Bowmanville, Ontario. In addition to the 3.957km Grand Prix track, CTMP also houses a 2.88km driver development track and an outstanding 1.5km karting circuit.

“Since we took over the place in June 2011, we spent a lot of money in the off seasons to do some major upgrades, the last one being the karting track in preparation for the 2015 season,” Fellows told Motorsport.com. “We are going to host the Canadian karting championships for a second year in a row. I’m proud of what’s happening in karting in Canada.”

“It’s status quo with similar events in 2018, namely the Castrol Presents the Victoria Day SpeedFest Weekend, the VARAC Vintage Grand Prix, the Mobil 1 SportsCar Grand Prix, the Superbike Doubleheader Weekend and the Chevrolet Silverado 250,” Fellows continued. “However, this year’s Vintage Grand Prix will be fantastic. Last year was a tremendous event with some historic Formula 1 cars. This year, it’s a reunion of Formula 5000 cars. For those of us who watched F5000 cars in action, this will be a whole bunch of them.

“You certainly don’t want to miss the IMSA weekend. The Prototype battle has escalated substantially with teams like Penske and Joest coming to take on the Cadillac teams. And Nissan appears to be stepping up their effort with Scott Sharp’s Tequila Patron ESM team. If the Rolex 24 was an indication, it will be an awesome weekend at Canadian Tire Motorsport Park in July. Every year the crowds are getting bigger. It’s good to see the level of support that we continue to get corporally. Canadian Tire continues to up the infield experience with their Action Zone, with lots of families to do.”

One additional event on the schedule?

While CTMP will host familiar series and events on its schedule this season Fellows admits he and his business partners are always busy in trying to attract new series.

“As a race organizer, we never stop asking around,” Fellows admitted. “I’d love to get a round of the Trans-Am, the TA1 class is the only one on the planet (except Formula 1) that doesn’t have an engine balance performance rule (BoP) [laughs]. We’d love to add one more event. We’d love to move up with NASCAR. We continue to ask! We’ve enjoyed a very good relationship with them with five years of the Chevrolet Silverado 250 event. That has been very successful.

“If the NASCAR Xfinity Series decides at one point to come back in Canada, we’d love to host that race! It’s certainly on our wish list, but it’s big business. It took us a couple years to get a Truck race, and it will be interesting to see what the future is for the three major NASCAR divisions. If we can continue to participate with NASCAR and the opportunity is there to host an Xfinity Series race, we’d love to do it,” Ron Fellows confessed.