Ross Chastain has made the unique decision to declare for NASCAR Truck Series points in the middle of the 2019 season, forfeiting his position in the Xfinity Series standings. 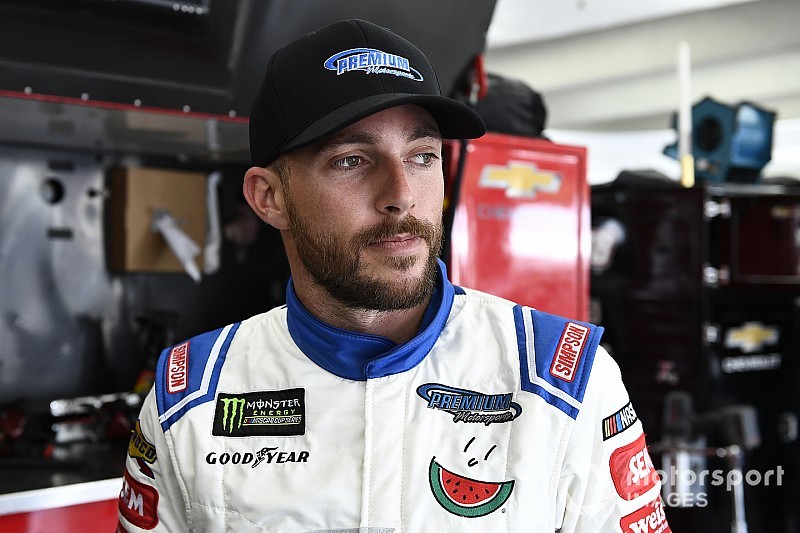 Chastain has been a busy man during the 2019 season, running every Cup, Xfinity and Truck Series race. Combined, he's already started 34 races this year. That includes a carer-best tenth-place finish in the Daytona 500.

Ahead of the new season, he declared for Xfinity points as he has done every year since 2015, placing as high as tenth in the standings in 2018. However, he has enjoyed unexpected success with Niece Motorsports in the Truck Series this year, scoring a top-ten result in all eight events so far and even winning at Kansas Speedway.

He currently sits 13th in the Xfinity standings, on the edge of playoff contention. However, he's made the bold decision to switch mid-season to the Truck Series as NASCAR only allows a driver to declare points in one of the three national divisions.

"After much consideration and many conversations, I’ve decided to pursue championship points in the NASCAR Gander Outdoor Truck Series, effective immediately," said Chastain in a release Tuesday. "My Niece Motorsports team has been very fast all year, and we have a tall order ahead of us to get both in the top 20 in points and win a race before the playoffs start. But that’s a mountain we’re willing to climb. This shift will allow me to be in the truck race this weekend in Texas, and I’m grateful to everyone at Niece Motorsports for giving me this opportunity."

A tough ladder to climb

The decision means he starts from zero -- none of his previous results nor victory will count towards the championship. In order to make his way into the Truck Series playoffs, he will need to reach the top-20 in points and pull off another win.

Jesse Little currently holds 20th place with just 91 points, so it shouldn't be too difficult to reach that goal. But winning a second race will be the main challenge for 26-year-old driver.

Chastain's first opportunity will come this Friday at Texas Motor Speedway, driving the No. 38 Chevrolet Silverado.

"I’m thankful to everyone at Johnny Davis Motorsports and Kaulig Racing for their efforts this year," said Chastain. "I will continue to run races for each organization where sponsorship for 2019 has been solidified. We have some wonderful partners at both organizations, and I’m fortunate they stand behind my decision, as well. I’m still going to go out and fight as hard as I can for wins."