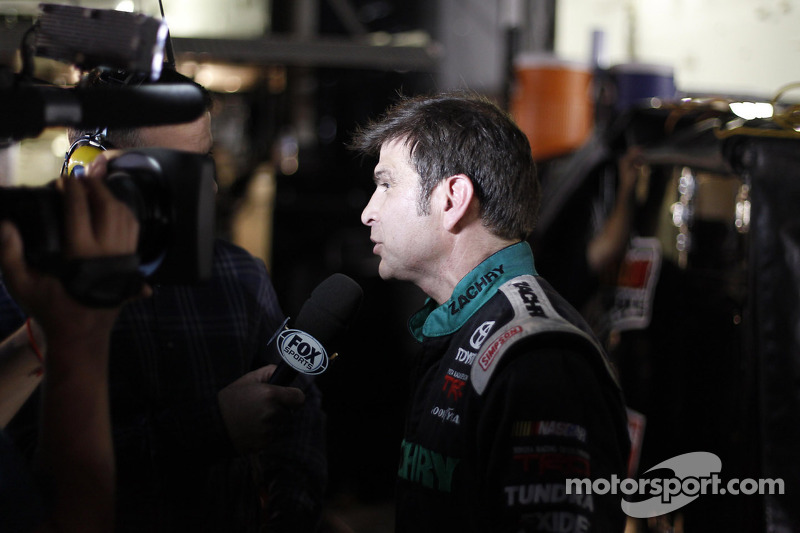 SS Green Light's David Starr will be busy at his home track race.

Texas native David Starr can’t wait for Friday nights NASCAR Camping World Truck Series Winstar World Casino 400; besides racing at his favorite track under the lights with family, friends and sponsors in attendance. He also gets to enjoy a little home cooking as well before the 167-lap race on the high-banked speedway just north of Fort Worth. 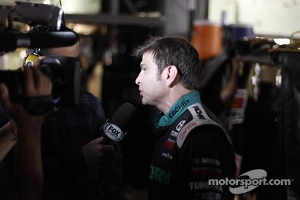 A collection of sponsors is backing Starr and the SS Green Light Racing team for 2013; many of them will be showcased on David’s Toyota this weekend; Striping Technology, Chasco Constructors, Build Your Future, Steely Lumber, Niece Equipment, Aubrey Pharmacy, Central Texas Lath & Plaster and North American Crane Bureau will all be represented on the No. 81 Friday night.

The SS Green Light team will have two honorary crew members on Friday evening; winners of Aubrey Pharmacy’s Facebook contest who will spend the day with the team and will also take a ride with David in one of Team Texas’ NASCAR Sprint Cup cars around the mile and a half track at 160 miles per hour.

“I love racing at Texas Motor Speedway because it’s my home track and I’m from Texas,” Starr said. “Racing under the lights on a Friday night in Texas is magical. The speedway is all lit-up and there are lots of fans in the stands and its just fitting racing pick-up trucks in Texas because everybody in the state of Texas drives a truck.”

“It’s just a cool night, a unique night, it’s a good fit. We’ll have a lot of people from our sponsors here at the track because many of these companies are based here Texas. We’re putting many of our sponsors on the truck this week and we’re saying thanks for the support and spreading the love at Texas Motor Speedway because it’s my home track. My uncle Mike runs the Team Texas Driving School here so it’s just really cool to race here.”

“It’s going to come down to a lot of horsepower under the hood and a good handling truck; it will be an exciting race no doubt. I’m excited because we are bringing some momentum from Dover,” he continued. “We’re a little bit of an underdog because we don’t have the big budgets. We have a legendary truck owner in Bobby Dotter who has been in the business a long time; we’re a small team that’s working hard and giving it all they’ve got. When we leave the track on Friday night, we want to walk away with our heads up high and feel proud that we gave it our all!”

“I’m thankful for Bobby Dotter and SS Green Light Racing for the opportunity. I’m very thankful for all the people who partnered up with us this year because we can’t race without our sponsors and we are just looking to reward them with a good night on Friday.”

The Winstar World Casino 400 is the 299th consecutive NCWTS start for the SS Green Light Racing team and the 313th career start for Starr in the Truck Series. It will be David’s 30th career NCWTS start at Texas Motor Speedway, the most of any track the series has visited in David’s sixteen years in the NCWTS. He has seven top-five finishes including three third place runs and eleven top-tens at Texas.