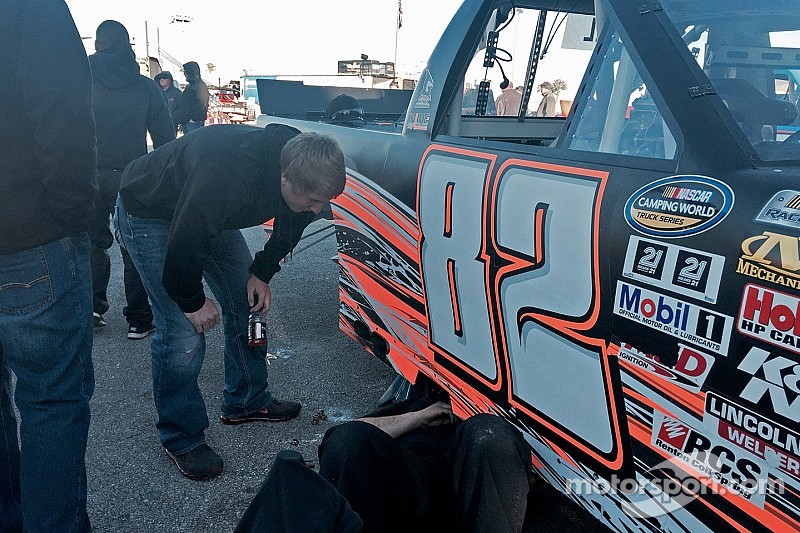 Hill's return to the truck series cut short at Daytona

DAYTONA BEACH, Fla. – Austin Hill’s Daytona experience ended early on Thursday night after the No. 82 Ford broke loose after his left rear tire fell off the truck in Turn 1.

“We’re done,” said a dejected Hill, who started 17th but posted the fastest lap in first practice on Thursday.

“It just jumped sideways,” Hill’s spotter said on the radio.

A second smaller pile-up took place behind the main crashed, which destroyed Donnie Neuenberger's truck. Despite this, he was still smiling.

"We were up in the main group there," said Neuenberger. "Somebody spun and I got hard on the brakes and it pulled left. I hate it for all these guys; We're getting to the end of my career here so it would have been nice to  come out of here with a good finish. I've been racing here since 1993."