ThorSport Racing announced its 2021 NASCAR Truck Series lineup on Thursday and it includes a part-time role for one of last season’s Championship 4 drivers. 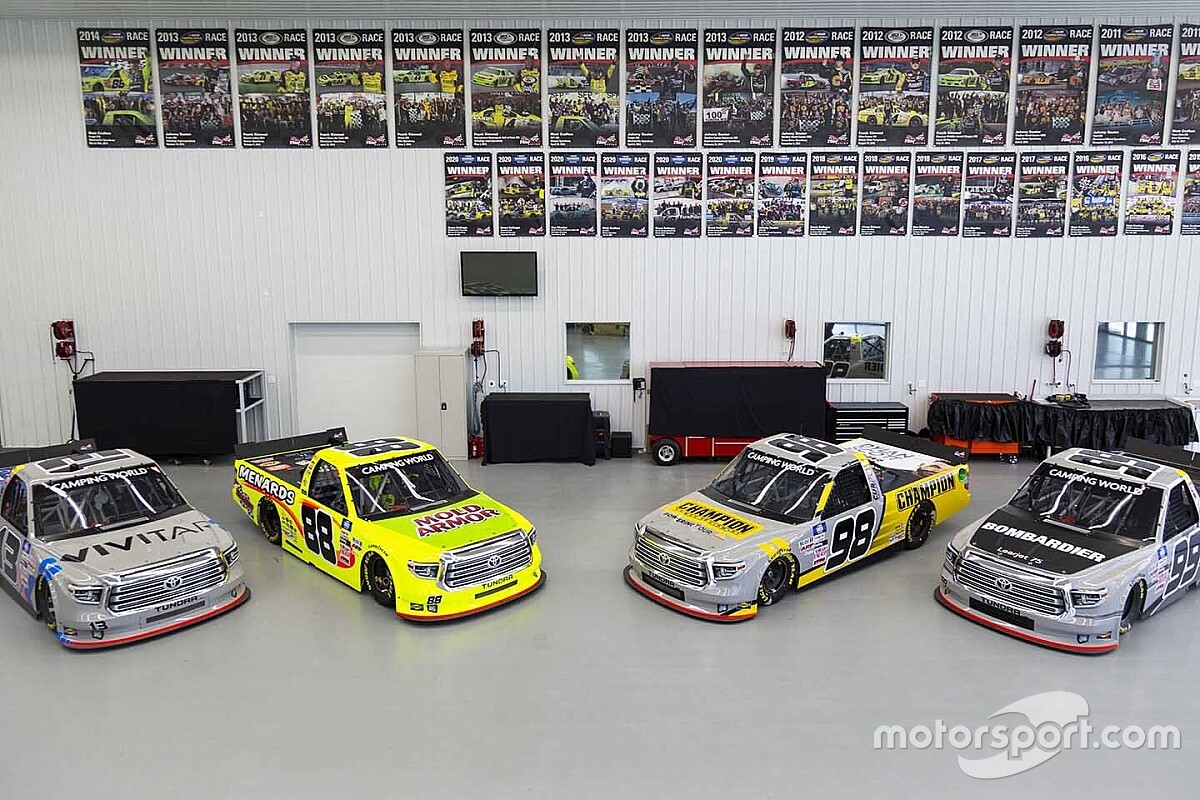 The organization will continue to field four fulltime teams in the series and has returned to manufacturer support from Toyota Racing this season.

Grant Enfinger, who won the 2019 Truck series regular season championship and advanced to the Championship 4 last season, will share the No. 98 ride with newcomer Christian Eckes.

Enfinger is scheduled to compete in 12 races, including next week’s season-opener at Daytona International Speedway. Eckes will run 10 races, with his first being on the Daytona Road Course the following week.

“We’re all looking forward to kicking off the 2021 NASCAR Camping World Truck Series season as we welcome ThorSport Racing back to the Toyota Racing family. This is a great team with an impressive line-up of drivers,” Paul Doleshal, group manager for Motorsports, Toyota Motor North America, said in a statement.

“Our previous relationship yielded success in the form of race wins and two driver championships for Matt Crafton. We’re looking forward to working with the team again and adding to our accolades together as we focus in on contending for Toyota’s 12th Truck Series manufacturer’s title.”

The 2016 Truck Series champion, Johnny Sauter will again pilot the No. 13 Toyota with returning partner Sakar International and its brand Vivitar. His crew chief will be Joe Shear Jr.

Three-time series champion Matt Crafton returns to the No. 88 Toyota with long-time partner Menards. Carl Joiner Jr. will continue to lead the team as crew chief.

Ben Rhodes is back behind the wheel of the No. 99 Toyota as he welcomes a new partner, Bombardier. Rich Lushes has taken over as crew chief following his move from the No. 13 truck chief position.