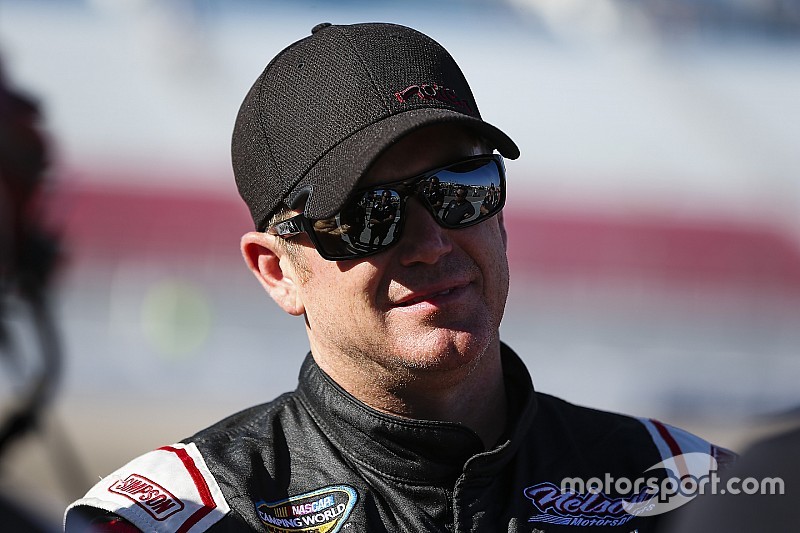 RBR Enterprises returns to compete in the Ganders Outdoors Truck Series for the first time since Martinsville for this Friday’s North Carolina Education Lottery 200. The team also decided to bring Peters back to drive for the team for the first time this season.

Peters drove for RBR in 2018, making one series start and one in the NASCAR Monster Energy Cup Series. He finished seventh at Martinsville in the truck and 23rd in his Cup debut at Talladega.

“We had a lot of fun with Timothy working with the team last year and had success in the few races we attempted,” said team owner Ricky Benton. “The guys at the shop are looking forward to having him back behind the wheel at Charlotte this weekend and hopefully we can replicate some of that success.”

Peters, who has made three truck starts this season for Niece Motorsports with a top finish of seventh in the season opener at Daytona, looks forward to returning to the team for this race.

“I feel like we have some unfinished business from last year, especially at Charlotte (where qualifying was rained out, leading to a DNQ for the team). It’s a track I’ve always enjoyed driving and where I’ve had some success; I think it owes us one.”

In addition to Peters, NAPA Filters is coming on board with RBR for the race. According to Benton, his businesses, Black’s Tire and BTS Tire and Wheel Distributors have a long-standing relationship with NAPA and having them on the truck at Charlotte is a way to celebrate the partnership.

“We have worked with NAPA for a long time in our auto service business, so it’s nice to get the opportunity to go racing with them,” Benton said.