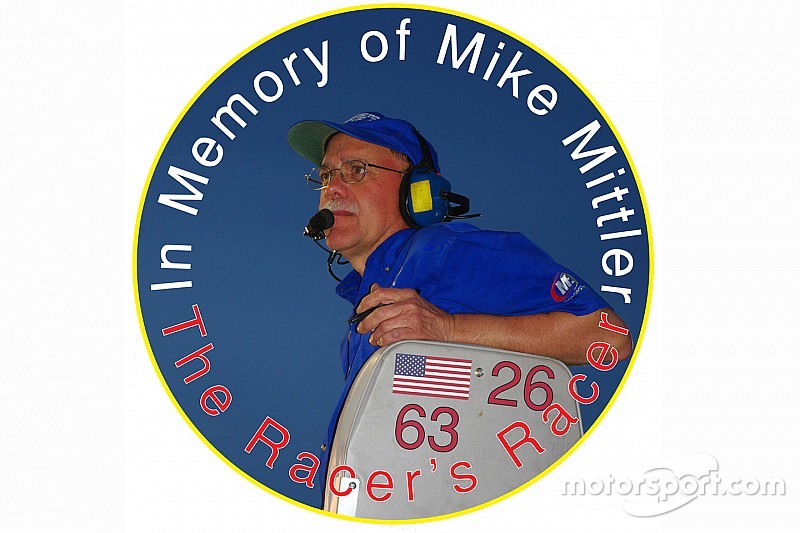 Mittler, the owner of MB Motorsports, died last week after a battle with cancer and every NASCAR Truck Series team will honor him with a special decal during Friday night’s N.C. Education Lottery 200 at Charlotte Motor Speedway.

Mittler was instrumental in helping some of NASCAR’s biggest stars get their start in national series racing, among them were NASCAR Hall of Fame driver Rusty Wallace and his brothers Mike and Kenny.

“I’ve always loved racing and got involved in 1968,” Mittler said in an interview in 2011. “Through local races I got to know the Wallace family.  I worked on the crew that helped Rusty Wallace become the USAC stock car Rookie of the Year and 1983 ASA Champion. We ran some NASCAR Busch races and did a few Cup events as well.

“When Rusty moved south, I started helping Kenny Wallace and was with him when he was crowned the 1986 ASA Rookie of the Year.”

During his early years in racing, Mike worked at Fran’s Chassis Engineering in St. Louis.  “We built drag race cars from pro stocks to top fuel and funny cars,” he explained.

The company took the next step in racing by starting its own team. In July 1995, at the historic Milwaukee Mile, MB Motorsports made its debut. Over the next 23 years, MB Motorsports gained the reputation for bringing young  and talented drivers into NASCAR racing.