NASCAR released its 2020 Xfinity and Gander Outdoors Truck series schedules and they, too, offer some changes. 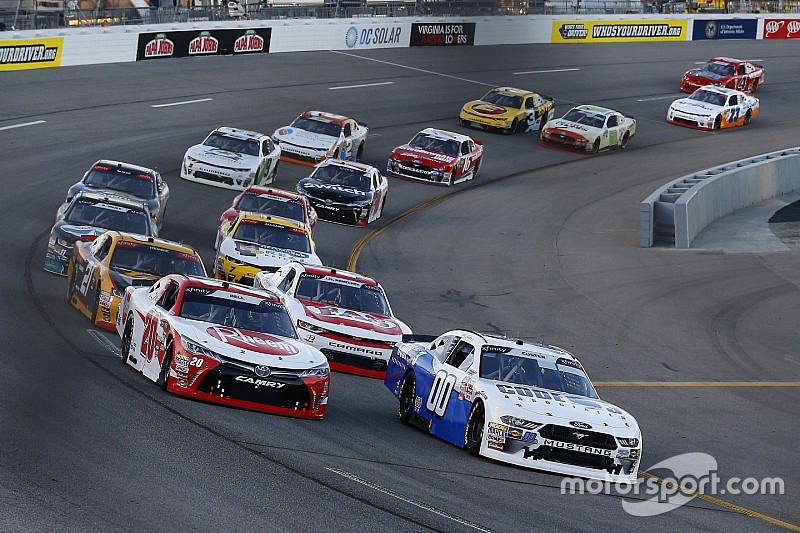 For just the second time in 25 years the Xfinity Series will race at Martinsville (Va.) Speedway, competing at the track as the final playoff cut-off race for all three series in its new slot as the penultimate race in the playoffs.

The Trucks will race under the lights on Friday, Oct. 30, with the Xfinity Series making its return on Saturday, Oct. 31.

The Trucks will return to Richmond for the first time since 2005, while the newly-renovated raceway will play host to the regular season finale in the Xfinity Series to set the field for the 12-driver playoff field.

“The NASCAR Xfinity Series and NASCAR Gander Outdoors Truck Series were both built on short track racing, and it is important that short tracks remain a prominent part of our series schedules,” said Ben Kennedy, NASCAR managing director of racing operations and international development.

“We returned to our roots in many ways with today’s announcement. Martinsville and Richmond were part of the original Xfinity and Gander Trucks schedules, and we’re excited for their return as part of a strong overall slate.”

As announced as part of the 2020 NASCAR Cup Series schedule unveil, ISM Raceway near Phoenix will host the championship race for all three national series.

The Xfinity Series will hit the ‘road’ a little earlier in 2020, as Mid-Ohio moves up in the schedule to May 30. Two new cutoff races will face the Xfinity Series drivers during the playoffs, with the Charlotte Roval (Oct. 10) and Martinsville set to pare the field from 12 to eight to four.

Gateway Motorsports Park will host the playoff opener for Trucks on Aug. 21, part of a postseason reshuffle that will feature two new cutoff races. The Round of 8 will culminate with a race at Bristol (Tenn.) Motor Speedway (Sept. 17), and the Round of 6 will end with Martinsville.

Once again, both series will open Daytona International Speedway, with Trucks kicking off their season on Feb. 14, with the Xfinity Series following on Feb. 15. Both series will then immediately head to Las Vegas Motor Speedway.

Both series will also take part in the historic Cup Series double-header at Pocono Raceway. Trucks will race on Saturday, June 27, with the Xfinity Series on June 28.

While the Cup Series is off for a two-week break in the summer, the Truck Series’ annual stop at the Eldora Speedway dirt track will take place on Thursday, July 30. The Xfinity Series will fill the void during the second weekend with short-track action at Iowa Speedway (Aug. 1).