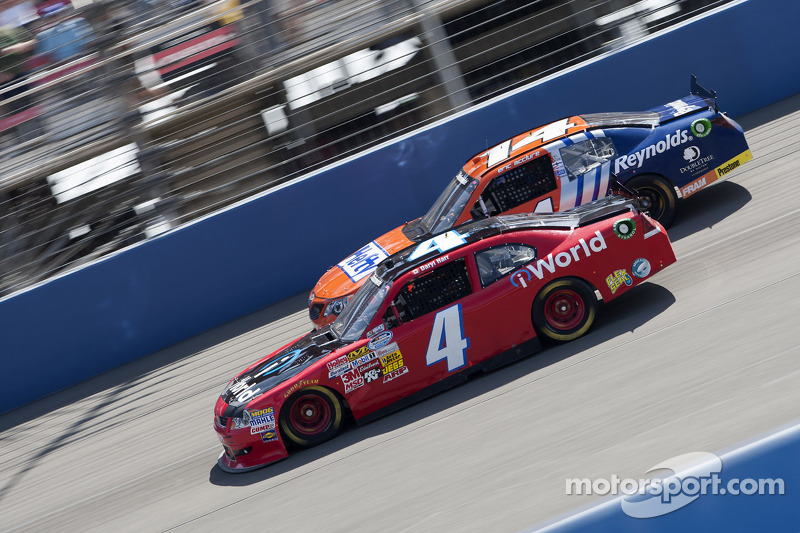 After barely missing the race at Bristol, The No. 4 iWorld Chevy entered Auto Club Speedway with the intention of racing hard and gaining points.

GAFFNEY, S.C. (March 25, 2013) – The No. 4 iWorld Chevy entered Auto Club Speedway with the intention of racing hard and gaining points. After barely missing the race at Bristol last weekend, the team put extra emphasis on not only making the race, but finishing strong. Once again, Daryl Harr returned to wheel the No. 4 iWorld Chevy.

As the lone practice began on Friday, the team used a second driver to strengthen the No. 4 for the weekend. Landon Cassill, the 2008 NASCAR Nationwide Series Rookie of the Year and veteran test driver with over 120 starts, stepped in to help the team. Harr and Cassill spent the 2 hour practice session working on the handle of the race car, ending up 20th on the board. 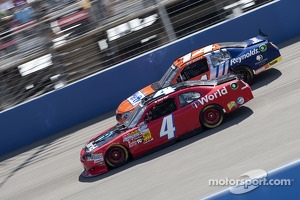 As the race continued, Harr and CC Dave Smith worked on the handle, fighting a loose condition for much of the afternoon. As the laps expired, the No. 4 iWorld Chevy finished 28th, moving them closer to the all important top 30 in owners points.

Daryl Harr Quotes: “What a fun weekend for the team out in California! I was glad to have Landon come in and help with the No. 4 car for the weekend. I was able to learn from his experience and knowledge, and I felt really good about my race and the car at the end. I learned a few things from the drivers seat, but the team also benefitted immensely from having him step in for a few laps. I am already looking forward to my next Nationwide event in Iowa.”