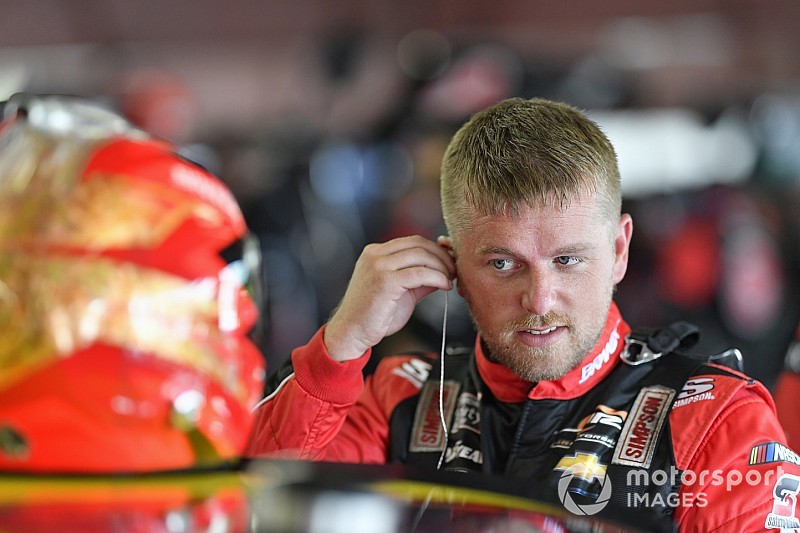 Ross Chastain began the first incident with Justin Allgaier on Saturday, but Allgaier seems certain he has finished it.

On a restart on Lap 14 of 82 in the Zippo 200 at Watkins Glen (N.Y.) International, Chastain got into Allgaier as both exited the inner loop, which send Allgaier spinning into the outside wall and doing damage to the rear end of his No. 7 Chevrolet.

It took three pit stops for Allgaier’s team to repair the damage and he immediately began working his way back through the field.

On the final lap of the 20-lap first stage, Allgaier got up to Chastain and returned the favor, knocking Chastain into the wall off the exit of the inner loop.

The damage to Chastain’s No. 4 Chevrolet was extensive and brought an early end to his race. Allgaier went on to finish fourth.

“His idea of ‘not how you race the way at all,’ I mean I think he should look in the mirror. And that’s not the first time, either. You look at Daytona and I was completely inside of him and he just cranked a left. Last year at (Las) Vegas, he put me in the fence trying to battle for the lead.

“There’s been multiple times I’ve been on the receiving end. He can look at it however he wants to look at it but I feel like I finished it today.”

To his credit, Chastain didn’t talk much about the incident after exiting the care center.

“You don’t expect to get wrecked like that in a NASCAR national series event,” Chastain said. “Just racing hard, mistakes on all sides. I’m glad my nine-point safety harness did its job because I hit the wall a ton.

“It’s better if I keep my opinions to myself.”

Here’s a view of the first incident:

Here’s a view of the second: