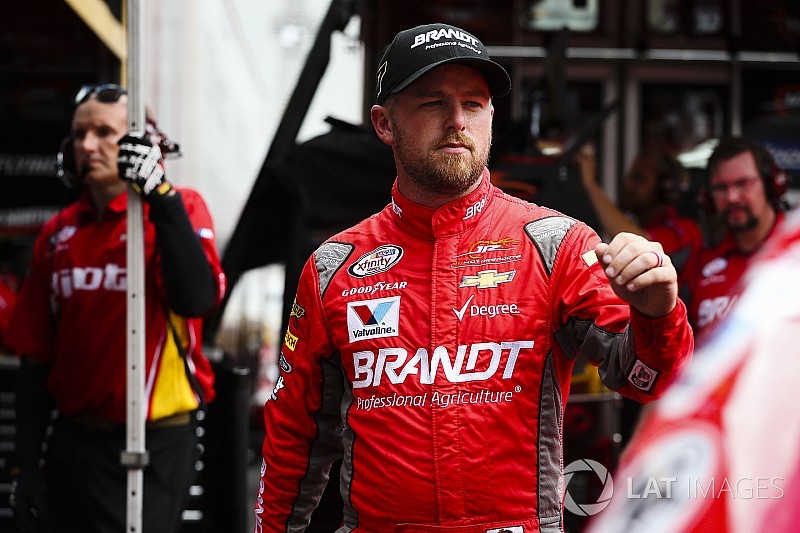 It’s déjà vu all over again for JR Motorsports, but Justin Allgaier hopes to change the outcome this time.

One year ago, JRM driver Elliott Sadler entered the NASCAR Xfinity Series season finale at Homestead-Miami Speedway with a strong shot to win his first championship but he had to do so without the assistance of his crew chief, who had been suspended for a rules violation the week before.

Sadler ended up finishing third in the race and second in the championship battle behind eventual winner Daniel Suarez.

Allgaier faces the same issue this year after his regular crew chief, Jason Burdett, was suspended this week after an unsealed brake cooling hose was found on Allgaier’s No. 7 Chevrolet following the Phoenix race.

“One of the things I really like is Jason has been an amazing leader to our guys this year, not necessarily just at the track, but outside of the race track and what he does on a regular basis.

The good news all season is that Allgaier has had the benefit of information collected by three other teammates and that will continue in Saturday’s race.

The bad news – if you can call it that – is that two of them (Sadler and William Byron) will be racing Allgaier for the title. Rookie Daniel Hemric from Richard Childress Racing will join them.

“I feel like, even though we’re teammates and even though we race each other probably a little bit differently than we would other competitors, I feel like the four guys we have going for the championship have an equal and mutual respect for each other.

“It’s going to be a clean but hard battle all the way to the checkered flag.”