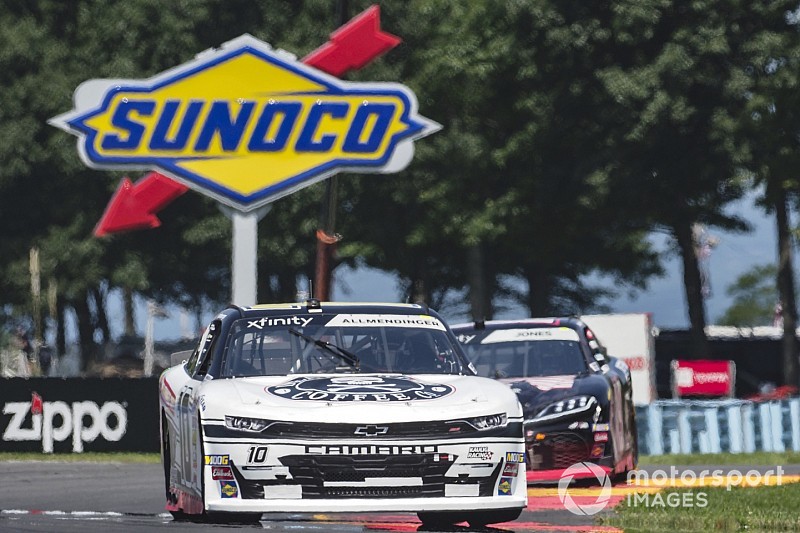 A.J. Allmendinger is 2-0 on thrilling finishes in the NASCAR Xfinity Series this season and 0-for-2 on passing post-race inspection.

Allmendinger was part of a wild final lap battle with Austin Cindric in Saturday’s Zippo 200 at Watkins Glen (N.Y.) International, with Cindric finally coming out on top for his first career victory.

Allmendinger’s No. 10 Chevrolet failed post-race inspection, as the car did not meet the minimum height requirements in both rear corners.

Kaulig Racing has until Monday at noon ET to appeal. The disqualification drops Allmendinger to a 37th-place finish.

In a tweet posted after the race, Allmendinger claimed the violation occurred because of damage suffered in the race, although series director Wayne Auton dismissed that reason.

“Every car that went on the race track today went through the pre-race heights and everybody started the race in green and unfortunately when the race was over, we took six cars across the postrace heights and the No. 10 car didn’t meet the minimum heights,” Auton said.

“The first thing we do is inspect the car fully on the body panels of it. We didn’t see any damage on the car.”

Last month at Daytona, Allmendinger was part of a 1-2-3 finish for Kaulig Racing, only to see his third-place finish erased after his car failed post-race inspection.

Jeffrey Earnhardt's resurgent NASCAR season may be over