Annett will compete for 2017 NASCAR Xfinity title with JR Motorsports 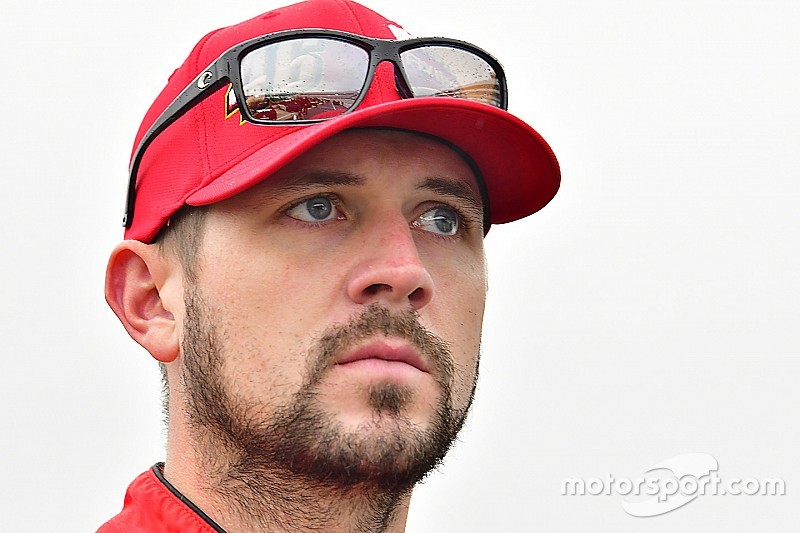 JR Motorsports is expanding to four full-time teams in the NASCAR Xfinity Series next season adding veteran Michael Annett to the organization’s lineup.

Annett, who has been competing this season in the Sprint Cup Series with HScott Motorsports, will move to JRM’s No. 5 Chevrolet next season as well as his sponsor, Pilot Flying J.

“What a great opportunity it is to bring Michael and Pilot Flying J on board with JR Motorsports,” said Kelley Earnhardt Miller, general manager of JRM. “To expand our presence in the NASCAR Xfinity Series truly shows the commitment JRM and our sponsors have made to the series.

“By partnering with Pilot Flying J, all the pieces are in place to run four competitive, full-time cars for a championship next year. We’re confident this will make our organization even stronger.”

Annett, a native of Des Moines, Iowa, said he was excited for the opportunity to work with the JRM organization.

“Dale Jr. and Kelley have done a great job building this organization. They have put the right people in place and have a championship to their name,” Annett, 30, said.

“I look forward to joining them and competing for wins and a championship next season in the Xfinity Series.”

A crew chief will be named at a later date.

Larson holds off Keselowski for Xfinity win at Texas