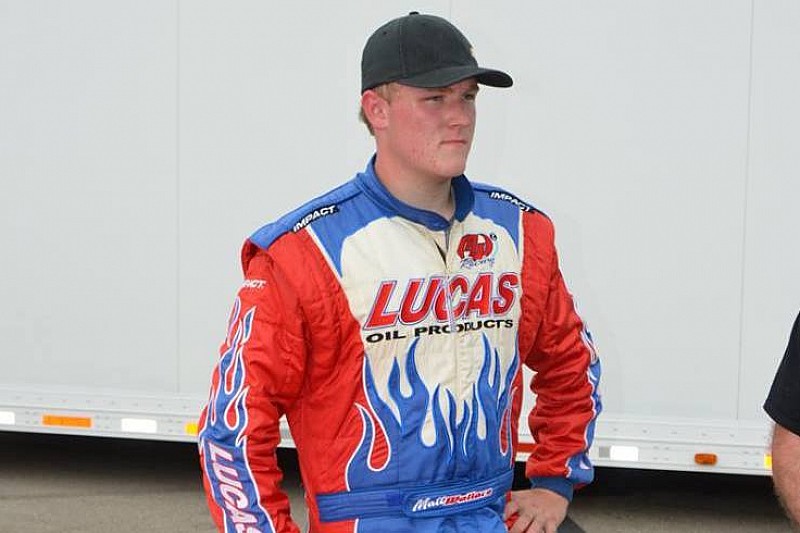 Matt Wallace, son of Mike, will be making his NASCAR debut this weekend in the Xfinity Series with JGL Racing.

Another aspiring NASCAR driver has made it to the national level - 19-year-old Matt Wallace. If that last name sounds familiar, it should. He is the son of Mike Wallace, a veteran NASCAR driver with 197 Sprint Cup starts and four wins at the Xfinity level.

He is also the nephew of two other prominent NASCAR drivers - Kenny Wallace (344 Sprint Cup starts) and NASCAR HOF'er Rusty Wallace (1988 Sprint Cup champion). His sister Chrissy has also made starts in both the Xfinity and Truck Series.

Not nervous a bit, I'm ready to go - My dad (Mike) is very nervous though (laughs)

When Motorsport.com met with the young Wallace in the Xfinity garage, he was up on top of the JGL Racing transporter with his father watching Sprint Cup practice, but he wasn't just enjoying the view.

"Never been here so trying to learn where they're braking at, where they're getting back to the gas , what lines they're running," explained Matt.

"It's not the easiest place in the world to make your first start," admitted Mike.

Not only is this his first start at New Hampshire Motor Speedway, but also his first laps in the No. 26 car.

"Not nervous a bit, I'm ready to go - My dad is very nervous though (laughs).

Left to choose his own path

"He's always been a big mentor - Never pressured me to race and has always helped me with any questions I've ever had. He's always left the sport in my hands like even if I wanted to play a normal stick and ball sport," Matt said of his father Mike.

"We were sitting at dinner one night, I was about seven years old and said I wanted to race. When I turned eight - that year at Christmas there in my living room, there was a Bandolero with a mini-Christmas tree on top of it. From then on, it's been game on."

According to Matt, this deal has been a long time in the making, stating that it came about 17 months ago at Daytona.

A deal 17 months in the making

"My dad finished inside the top 15 (with JGL, their best result at the time) and it helped me to get a chance to have an Xfinity start at Iowa, but I unfortunately didn't get approved by NASCAR. I didn't have an ARCA start or anything like that."

Since then, Matt has made his ARCA debut, doing so a couple months ago at Toledo and finishing tenth. He will make his second ARCA start at IRP before running another Xfinity race at Iowa, two weeks from now.

Matt rose through the ranks behind the wheel of Bandoleros, Legends, and Super Late Models. Just a couple weeks back, he finished second to John-Hunter Nemechek in the Mercy Masters Pro-Late Model race at I-44 Speedway.

The third-generation racer will be the sixth member of the legendary family to make a NASCAR start at the national level when he takes the green flag Saturday.

Hamlin wins from the pole at New Hampshire