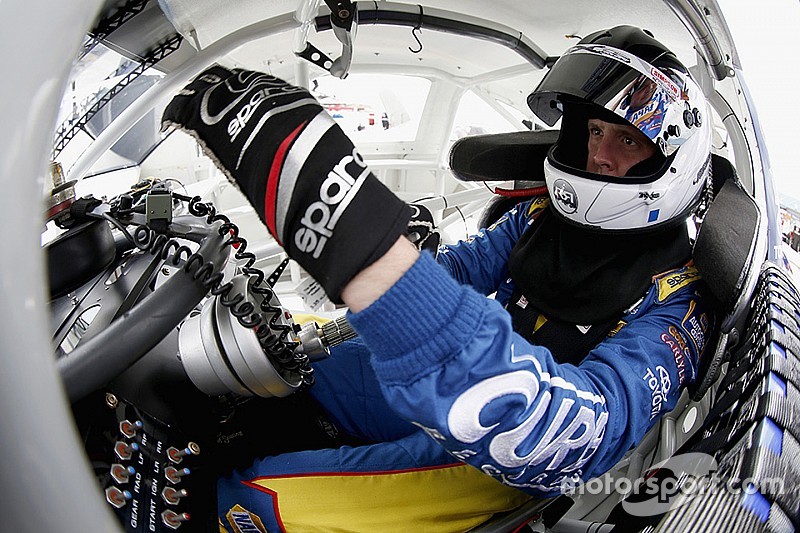 As an aspiring race car driver, Brandon McReynolds learned that sitting on the couch waiting for the phone to ring from potential employers was not the best strategy.

But ironically, the 24-year-old racer was doing just that when he received a call from Matt Tifft to drive the No. 24 JGL Racing Young Guns Toyota at Talladega Superspeedway on April 30.

You’re brought up thinking if you keep having success, you’re going to progress, but that’s not always the case

Tifft was scheduled to run the race for JGL. However, with Kyle Busch electing not to run at restrictor plate tracks in the Xfinity Series, Tifft will be piloting the No. 18 Joe Gibbs Racing Toyota at Talladega.

That opened the door for McReynolds. Although he hasn’t competed in the NXS since 2010, McReynolds was grateful to have an opportunity in one of NASCAR’s top touring series.

“It’s been four or five years,” McReynolds told motorsport.com. “So to be able to get back to racing — especially to be racing at a track I’ve won about before — I feel very fortunate. I’m hoping to capitalize on my experience at the track along with the stability of JGL.

“It’s all about the quality of equipment that a team brings to the track. And JGL’s equipment and the people they have are really great. To be able to fill in for Matt and Corey (Lajoie) it’s a great opportunity for me.”

At 19, McReynolds competed in four ARCA races and made his first career start in NASCAR’s Xfinity Series. Two years later, he made his truck debut. McReynolds finished in the top 20 in both starts. The youngster’s career appeared to by moving in the right direction — until it stalled.

McReynolds took a step back. In addition to running successfully on NASCAR’s K&N Pro Series East and West tours, he worked as a fabricator and driver coach to round out his resume. And his diligence paid off.

“One of the big life lessons my dad instilled with me was driving wasn’t a guarantee,” McReynolds says of his father Larry McReynolds, who worked as a Cup crew chief for 16 seasons before becoming an analyst for FOX Sports. “He taught me at an early age, you have to learn how to work on race cars. You have to have a back up.

“I think that’s one thing I have done, is getting out there and getting my hands dirty. Showing people how hard you’re willing to work for your opportunities on and off of the race track.”

While plying his own craft, McReynolds worked for Jeff Burton on son Harrison’s late model team. Most recently, he’s worked for Ranier Racing and is building a K&N car at Tommy Baldwin Racing to run at New Hampshire Motor Speedway later this year.

For the last two seasons, McReynolds piloted the No. 16 car for Bill McAnally Racing in the K&N West Series. He split his time between his North Carolina home and the Roseville, Cal.-based operation. McReynolds finished fourth in the 2014 standings with an average finish of 5.9 bolstered by 11 top-five finishes in 14 races. Last year, McReynolds swept the Iowa Speedway races with close to 40 entries representing both the KNPS East and West tours.

Although McReynolds is extremely grateful to McAnally for the chance to showcase his talent in topnotch equipment, the driver felt it was time to “move on”.

“Winning doesn’t guarantee you anything,” McReynolds said. “It’s tough. You’re brought up thinking if you keep having success, you’re going to progress, but that’s not always the case. It’s definitely been hard — especially when you get an opportunity at such a young age. You think you’re going to get that next start with a truck deal or an Xfinity deal. You have to keep working and hope that hard work pays off.

“JGL is trying to make a huge effort with their driver development program. For them to give me that opportunity is really huge and I think it will continue to get better. There’s no better cure for a race car driver than sitting in a car. Being able to get some seat time this early in the year was unexpected but I’m excited to see where it can go.”