Chase Briscoe No. 98 Stewart-Haas Racing team has had three team members suspended for weight that fell out of the car before the green flag Saturday. 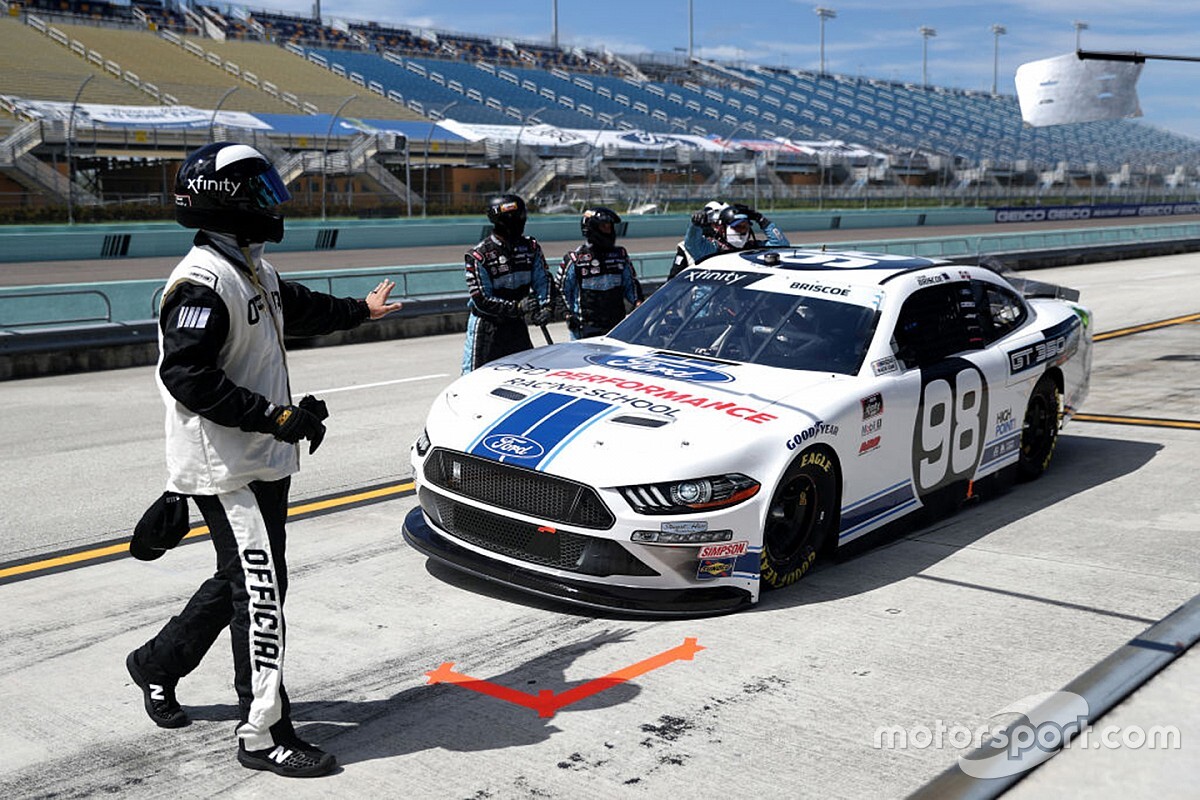 The start of Saturday's NASCAR Xfinity Series race at Homestead-Miami Speedway was delayed by debris strewn about the track, which came from Briscoe's race car.

He was forced to pit road and fell several laps down, but rebounded impressively to finish seventh and on the lead lap.

There will be no monetary fine or points penalty, and the team will have to replace the team members for the second NXS race of the weekend Sunday.