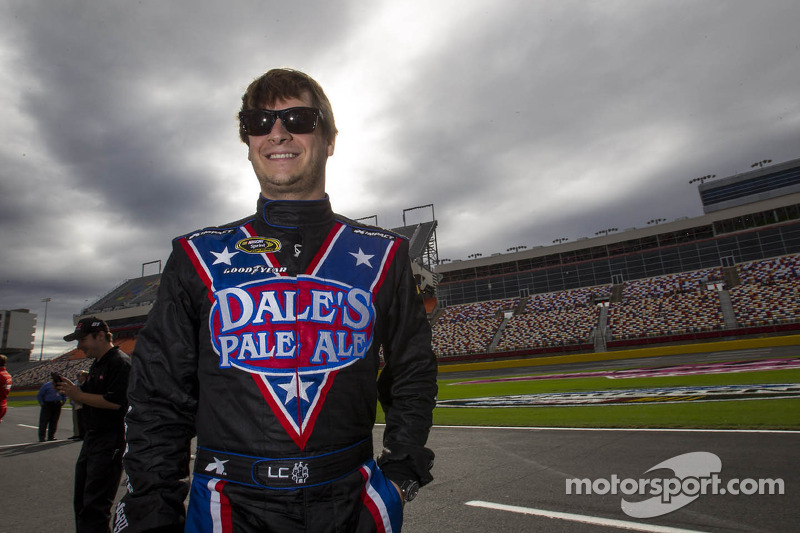 Team owner Johnny Davis made the announcement Friday and said the team looks to make progress in Cassill’s second season working with the group.

“We got together with Landon for the first time in 2013 and were happy with how things worked out,” Davis said. “He’s a good driver, a smart guy and easy to work with. We think we can do some good things together as we increase our involvement for 2014.”

Cassill will replace veteran Mike Wallace as the team’s lead driver. Davis plans to run a second car with at least a part-time Nationwide schedule, and Canadian driver Daryl Harr will fill that spot. Other opportunities for races in the second car will be available as sponsorship allows.

Minnesota-based G&K Services will return as a key sponsor for JD Motorsports and the 4 car.

Veteran crew chief Dave Fuge, who joined the team during the 2013 season, will be Cassill’s crew chief.

“It’s a privilege to be able to race for a living and to work for a guy like Johnny Davis,” Cassill said. “It’s big shoes to fill. I feel like Mike Wallace had a big part of making that team what it is and putting it on the map. I’m excited to improve on what we’ve had there.”

Cassill plans to drive full-time on the Sprint Cup tour again, creating a challenging double-circuit situation for him.

“I’m excited to do it,” Cassill said. “The more races the better for me. It’s going to be fun on the Nationwide side. Dave knows a lot about race cars and Nationwide racing in general, and it’s been fun working with him. I think we have a lot of faith in each other.

“Johnny’s a hard worker. Even as the owner of the team, he’s willing to get in there and get his hands dirty. Everybody works more than one job there. Makes it a fun place to work. It’s very rewarding to be able to accomplish things with a smaller team.”

Davis, a long-time team owner in Nationwide circles, expressed appreciation for Wallace’s role with the team.

“Mike and I go back a long way, and his input with this team has been important,” Davis said. “The Nationwide Series is a lot tougher and more competitive than it’s ever been, and we had some good races and good seasons together.”

James Buescher to compete full time with RAB Racing in 2014