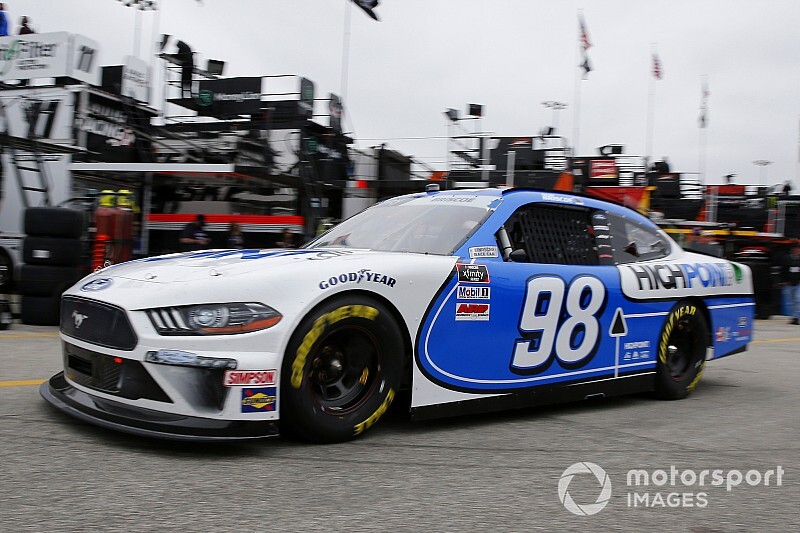 Chase Briscoe has high expectations for his second fulltime season in the NASCAR Xfinity Series but he believes they are necessary.

“I think we need to go win eight to 10 races. Obviously, with the current championship format, you can be the best car all year long and get to Phoenix and have a bad day, and you don’t win the championship,” Briscoe said.

“I think we definitely need to be in that championship final four and winning eight to 10 races will certainly do that.”

That may sound a little unrealistic for a driver who hasn’t won more than one race a season in his brief NASCAR career in Xfinity and Trucks.

But Briscoe, 25, believes the experience he gained last season has he and his No. 98 Stewart-Haas Racing team more than ready for the challenge.

“Whenever you go to the race track, you now know what the car should drive like and you know the kind of feeling you’re looking for,” Briscoe said. “Last year, I didn’t really know what I was expecting to feel or what I needed to feel.

“Now, I have that experience of being able to say, ‘OK, this was too tight for the race,’ or ‘This is too loose for the race.’ We have a good starting point. Hopefully, with that, we’ll have some good speed right out of the trailer.”

Briscoe, who began his racing career on dirt, is a two-time winner in the Xfinity Series and won the 2016 ARCA Menards Series champion. He ended up fifth in the Xfinity standings last season, just missing out on advancing to the Championship 4 and competing for the series title.

This season, he expects much more.

“I feel like it’s kind of my make-or-break season. This is the first year I feel like I haven’t had that excuse of I don’t have the experience anymore because I finally have that,” Briscoe said.

“Ford has obviously spent a lot of money on me in the past and really trying to develop me and I feel like this is finally my time to show that I’m here to win races.”