Chase Briscoe looks for another 'surprise' at Homestead test 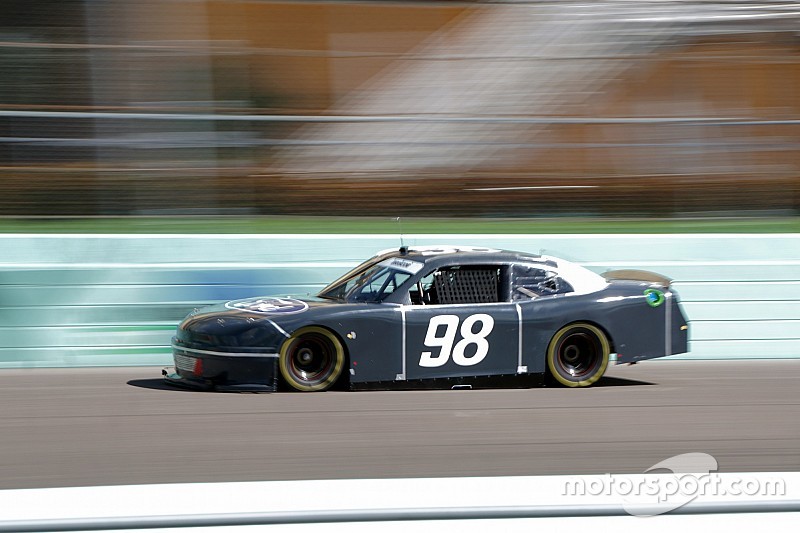 A handful of NASCAR Xfinity Series drivers got a head start this week on what they hope will be a championship battle at Homestead-Miami Speedway.

Chase Briscoe, who is already locked in the Xfinity playoffs thanks to his win at Iowa, took part in a two-day test Monday and Tuesday, along with Noah Gragson, who is still looking for a victory but in excellent position to gain entry to the playoff field on points.

The series championship race is scheduled for Nov. 16, where four drivers will do battle, with the highest finisher to claim the title.

“I feel like if we can get to Homestead, we’ll have a really good shot,” Briscoe said during a break in testing. “This is one of my favorite race tracks.

“It’s where I got my first NASCAR win. I always love coming here so hopefully we can surprise them again.”

Briscoe started on the pole and won the Truck Series season finale at Homestead in 2017.

Briscoe’s Stewart-Haas Racing teammate, Cole Custer, also came to South Florida for the test as a spectator. Custer, one of the title favorites this year with a series-high five wins, said he wanted to learn as much as he could by watching the two-day test.

“This is the championship race,” Custer said. “You have to be prepared and on your ‘A’ game so I wanted to come down here and see what they were doing for changes, look at some of his data and get back in the mindset of the track.”

Noah Gragson, who drives for JR Motorsports, sits seventh in the series standings and comfortably ahead of the playoff cutoff line.

“Testing here this week is definitely going to help me have a foot forward on those other guys,” Gragson said of the two-day test. “Obviously they’re all really good race car drivers in the playoffs, but just getting repetition and laps up against the top and being able to put it in my notebook for when we come back here for the championship is going to be very valuable.”

The series’ next race is Saturday at Road America, the third of four road course events of the season.