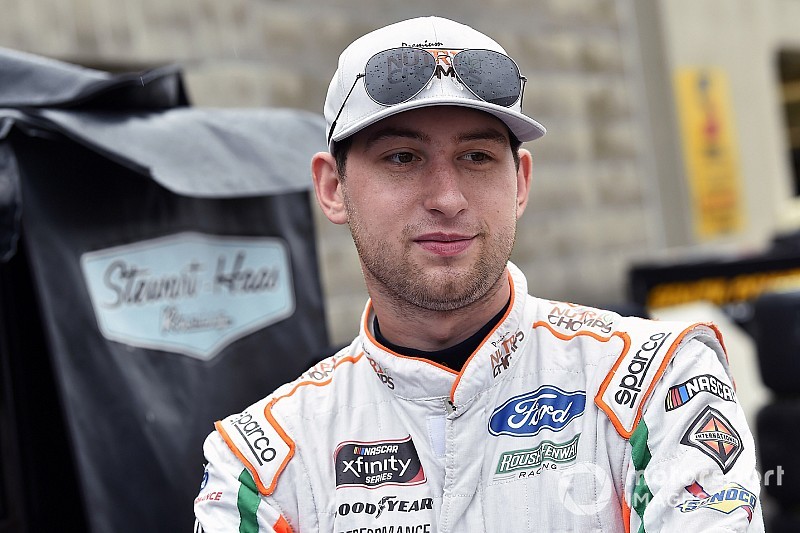 Chase Briscoe will return to full-time competition in NASCAR next season.

Stewart-Haas Racing, in its partnership with Fred Biagi, announced Tuesday that it will field a second full-time entry in the NASCAR Xfinity Series in 2019 with Briscoe.

Briscoe, 23, will compete in the No. 98 Ford with Nutri Chomps serving as the primary sponsor for the season’s first 13 races. Nutri Chomps and its parent company, Indiana-based Scott Pet, have been longtime supporters of Briscoe.

Running a partial schedule, Briscoe won his first Xfinity race in October at the Charlotte Motor Speedway Roval in SHR’s No. 98 in just his 14th career start. The native of Mitchell, Ind., ran 17 Xfinity races in 2018.

“I got a taste of what Stewart-Haas Racing is capable of in the five races I ran with the team this year,” Briscoe said. “Winning at Charlotte was one of the greatest moments of my career, and I have to thank Nutri Chomps, Ford, Tony Stewart, Gene Haas and Fred Biagi for believing in me and providing this opportunity to race full time.

“I’ve been working so hard for this moment and 2019 can’t come soon enough. If I could fast forward to February and climb inside the No. 98 Nutri Chomps Ford Mustang there at Daytona, I would.”

Like team co-owner Tony Stewart, Briscoe’s path to NASCAR began on dirt tracks where the third-generation driver has been running sprint cars since he was 13 years old.

“I’ve been paying attention to Chase since he raced sprint cars and I saw how well he transitioned to stock cars,” Stewart said. “It was obviously great to see him in our Ford Mustangs a few times this year, and Chase didn’t disappoint.

“His win at Charlotte showed us a lot. He was patiently aggressive and he did a really good job of managing his tires. He’s learned a lot in a very short period of time and we’re really looking forward to seeing what he can do when he’s in the same car, working with the same crew, week in and week out.”

Briscoe won the 2016 ARCA championship behind a six-win season. He advanced to the NASCAR Camping World Truck Series in 2017, winning four poles and winning the season finale race at Homestead-Miami Speedway, along with rookie of the year honors and the most popular driver award.

“Chase Briscoe is the kind of person we’re looking to develop with our Xfinity Series program,” said Greg Zipadelli, vice president of competition, SHR. “Young, hungry and talented is the best way to describe Chase, and there’s no better place for him to learn and, ultimately, succeed than here at Stewart-Haas Racing.”