On the dawn of a new NASCAR season, one of the Xfinity Series’ most successful teams is shutting down. 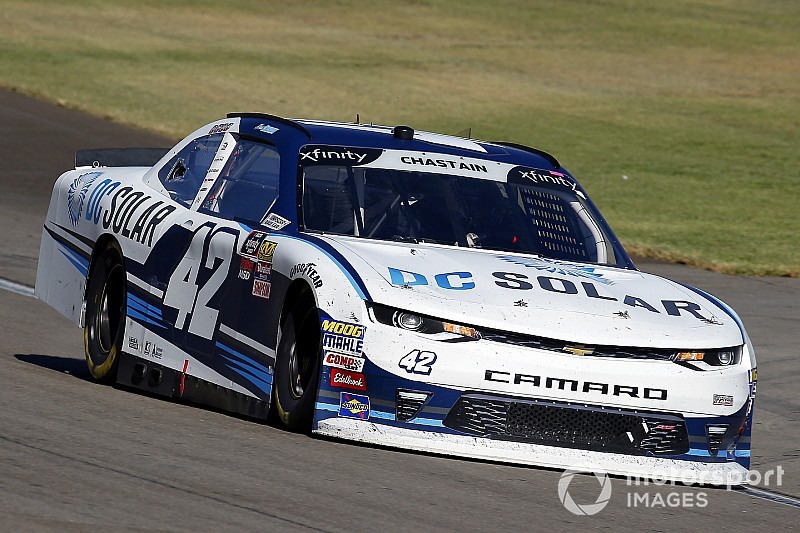 Chip Ganassi Racing on Friday confirmed it is shutting down its No. 42 Xfinity Series team due to a lack of sponsorship funding.

“Due to a lack of sponsorship funding we will cease operation of the No. 42 Xfinity team in 2019,” team owner Chip Ganassi said in a statement to Motorsport.com. “This was a difficult decision for me to make and it comes with much anguish as this is a championship caliber team (having won six races and finished second in the owners’ championship) and more importantly because it affects a number of good people’s livelihoods.

“Running a car without proper funding is difficult to do.”

The No. 42 Xfinity team was scheduled to be sponsored in large part by DC Solar. In late December, there were multiple reports that the FBI conducted twin raids on the home of DC Solar CEO Jeff Carpoff in Martinez, Calif., and the company's headquarters in Benicia, Calif.

Carpoff and wife, Paulette, also own an independent minor league baseball team in the state.

Ross Chastain was scheduled to compete in the No. 42 fulltime in the Xfinity Series this year. That move was announced in early November.

Chastain, 25, made his first start behind the wheel of the No. 42 at Darlington Raceway earlier this year. In his second appearance with CGR at Las Vegas Motor Speedway, he dominated the race en route to his maiden Xfinity Series win. In his third and final start at Richmond, he finished runner-up to Christopher Bell.

A Ganassi spokesman told Motorsport.com that Chastain was free to drive for another NASCAR team but "is still tied to us."