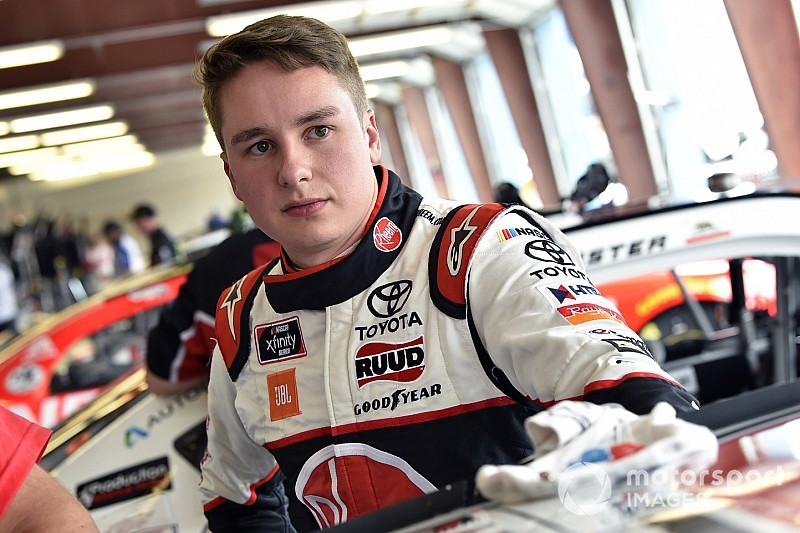 NASCAR officials said Bell’s No. 20 was found to be too low in post-race inspection, the same infraction which cost Ross Chastain a Truck Series victory at Iowa earlier this month.

Bell will now receive last-place points (one) and will not be allowed to keep any of the stage points he earned in the race. Bell had finished second in Stage 2 and third in Stage 1.

Bell is already locked in the series’ playoffs through his four series victories.

“We have a pre-race height and a post-race height rule. All the cars passed before they went out on the race track,” Xfinity Series managing director Wayne Auton said. “Once the car went up on the height sticks up onto the ramp, and when we put the sticks on the car failed both front heights and the right-rear. The front was extremely low and the right-rear was a little high.”

Auton said there was no damage to the car from the race. The No. 20 team has until noon ET Monday to decide whether it will appeal.