Christopher Bell has signed a contract extension with Joe Gibbs Racing but he still doesn’t know where he’ll be racing next year. 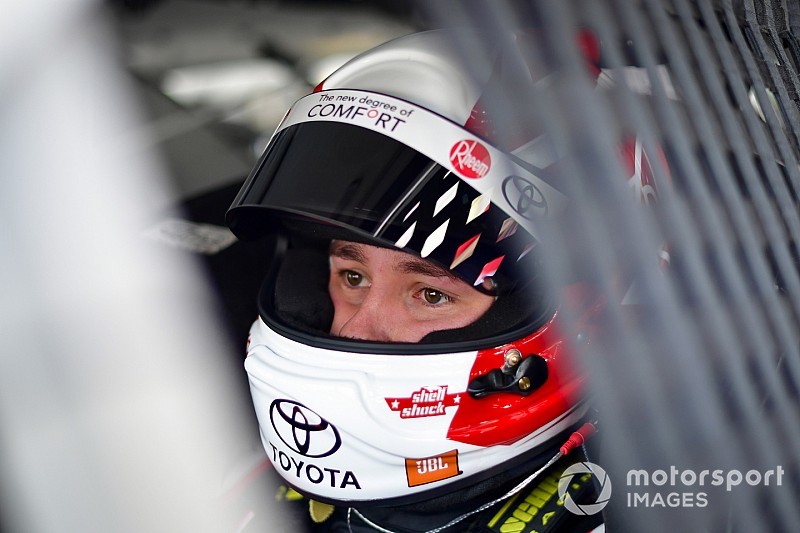 During a media availability Friday at Chicagoland Speedway, Bell confirmed he had signed a one-year contract extension with JGR, keeping him with the organization through the 2020 season.

But what still remains unknown is in what NASCAR national series Bell will be competing.

“It’s a little bit too early,” Bell, 24, said when asked if he would be running another season in the Xfinity Series or moving up to the Cup Series.

“It’s really good that I have a job. Driving for Joe Gibbs Racing is where I want to be at,” he said. “I’m thankful that I get to go for another year.”

Where will JGR place Bell?

Jones’ current contract is up at the end of this season but he has said repeatedly in recent weeks that he and JGR are close to an extension for him to remain in the No. 20 Toyota.

If Jones remains in the No. 20, Bell would likely have to move to a JGR or Toyota-affiliated Cup team next season or remain in Xfinity.

“You look at the results and all four of their drivers are doing exactly what they need to do. I don’t feel like any of their drivers feel like they’re on the hot seat at all,” Bell said. “Obviously, me looking in, there’s not really a hole for me yet.

Bell is in his second fulltime season in the Xfinity Series. He won seven races and finished fourth in the season standings last year. So far this season, he is tied for the most wins in the series (four) and is second in the standings.

Christopher Bell: 2020 was "definitely a down year for JGR"