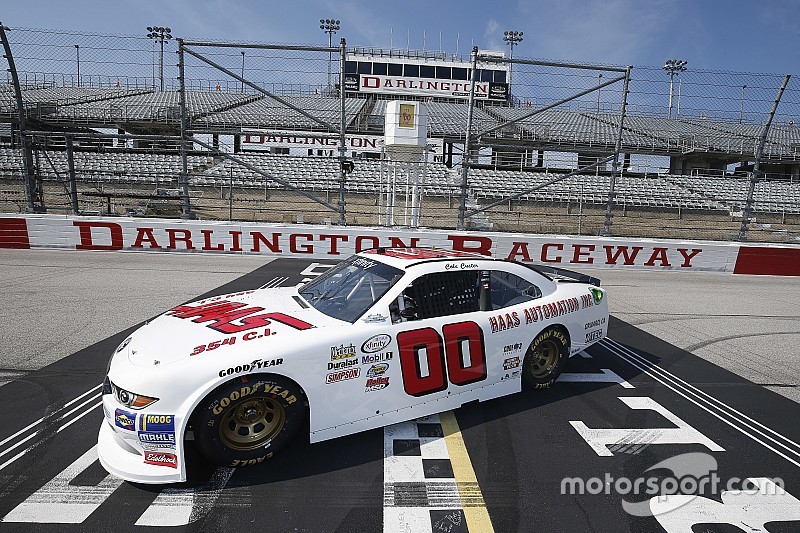 Ard, who died earlier this year, won championships in what is now the Xfinity Series in 1982 and 1984 and amassed 22 victories in his No. 00.

Custer now the drives the No. 00 Ford for Stewart-Haas Racing and the same white paint and red lettering seen on Ard’s No. 00 Oldsmobile Omega at the NASCAR Hall of Fame will be emulated on Custer’s No. 00 car at Darlington.

“The 00 number has been a part of my entire NASCAR career, and over the years I’ve gotten to know its history and met some of the people who worked with Sam and saw him race,” Custer said. “The more I learn about Sam and all that he accomplished, the more impressive it becomes.

“I feel like I’m driving his car, and I want to make him and his family proud. Guys like Sam Ard helped shape the sport into what it is today. Without him, I don’t know if the opportunity to drive race cars for a living would exist.

“I’m grateful for it and I’d like him and his family to know it.”

Ard was born in Pamplico, S.C., roughly 45 minutes southeast of Darlington. He was an Air Force veteran who worked on aircraft at Shaw Air Force Base in Sumter, S.C., during Vietnam.

He competed in four Xfinity races at Darlington. While he didn’t win, he never finished lower than sixth.

“Sam Ard was a terrific ambassador and champion for the NASCAR Xfinity Series. It’s great to see a team like Stewart-Haas Racing, and their rising star Cole Custer, pay tribute to Sam with a special throwback paint scheme in his honor,” said Kerry Tharp, Darlington Raceway’s president.

Reddick confident ahead of NASCAR Xfinity return at Michigan