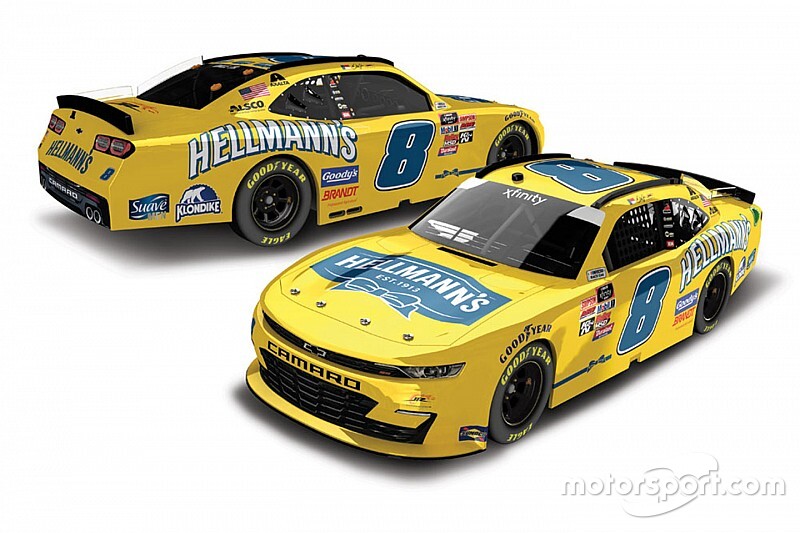 Dale Earnhardt Jr.'s lone start in the 2020 season will come in March's NASCAR Xfinity Series race at Homestead-Miami Speedway, and we now have our first look at the car he'll drive.

The No. 8 JR Motorsports Chevrolet Camaro will again receive backing from Hellmann's, a partner dating back to 2009.

This announcement comes with an extension between parent company Unilever and JRM, marking their 12th season together.

“In our sport, partnerships are everything,” said Kelley Earnhardt Miller, JRM general manager. “We don’t throw the words ‘cornerstone partner’ around a lot, but when we do, Unilever exemplifies its meaning.”

Earnhardt, 45, has been making the occasional start in the Xfinity Series since his retirement from NASCAR Cup Series competition at the conclusion of the 2017 season.

In 2019, he ran the Darlington race and placed fifth. The year prior, he raced at Richmond and finished fourth after leading a race-high 96 laps.