NASCAR superstar Dale Earnhardt Jr says his fifth place in the Hooters 250 at Homestead-Miami Speedway could have been his final race, as he’s finding it hard to juggle his off-track broadcasting and team ownership commitments with his annual cameo drives.

Earnhardt drove from 12th place to the lead in Miami, and only lost a certain runner-up finish due to a late-race caution period. Since his retirement from full-time competition in 2017, he has run one Xfinity Series race per year, but admitted after Saturday’s race that this might have been his final start.

“Right now I think it’s going to stay the same, I’m not doing any more, that’s for sure and I can say that with confidence,” said Earnhardt. “I don’t know how many more of these I’ll do, this might be the last one. And this ain’t no tease, or anything like that, I’m not trying to be annoying about it. It’s a lot of a commitment.

“I’ve got to decide if I’m helping things or not. I really enjoy it, I really do. There’s got to be a point where I decide to make the change to broadcasting entirely. That said, being in the car today, I certainly learned a lot that will help me in the booth.

“I just gotta think about it – I certainly don’t wanna run more, one is plenty. It’s a great series, we’ll just see how it goes. It’s a tough question to answer and I’m sorry about that.”

Earnhardt looked set to follow teammate Noah Gragson home for a JR Motorsports 1-2 finish in Miami, but a late-race yellow left them prone to attack from behind. He fell to fifth, as his car refused to fire-off on a short run.

“Man, I was so rusty,” said Earnhardt. “It was a lot of fun but I was rusty, all the way through. We had it sailing there a few times. Got some good speed out of the car and we were gaining on the No. 9... ended up burning it up, but he was so good on the long run we weren't going to catch him anyways. Hate that we got that late yellow because our cars didn't fire off very good. You saw it at the end of the race. We couldn't go. Takes our cars a couple corners. I'm going to let them have it man.

“That was a lot of fun, but this is the elite. This is the top, elite form of motorsports in my mind next to Cup and it's not easy to get out there and compete with those boys. They're so good and race so hard, and my time's running out.”

Earnhardt also had words for Ross Chastain, with whom he battled hard in the early stages of the race.

“You saw I was having trouble getting around the No. 10 car there earlier in the race,” he added. “That's just because I didn't have enough time to be able to trust where the car's going to end up sending it into the corner. He's pretty aggressive anyway. Racing with him is pretty hard.

“I know he can be annoying, but I really appreciate his style. If I like it in the booth, I’ve got to like it on the track!” 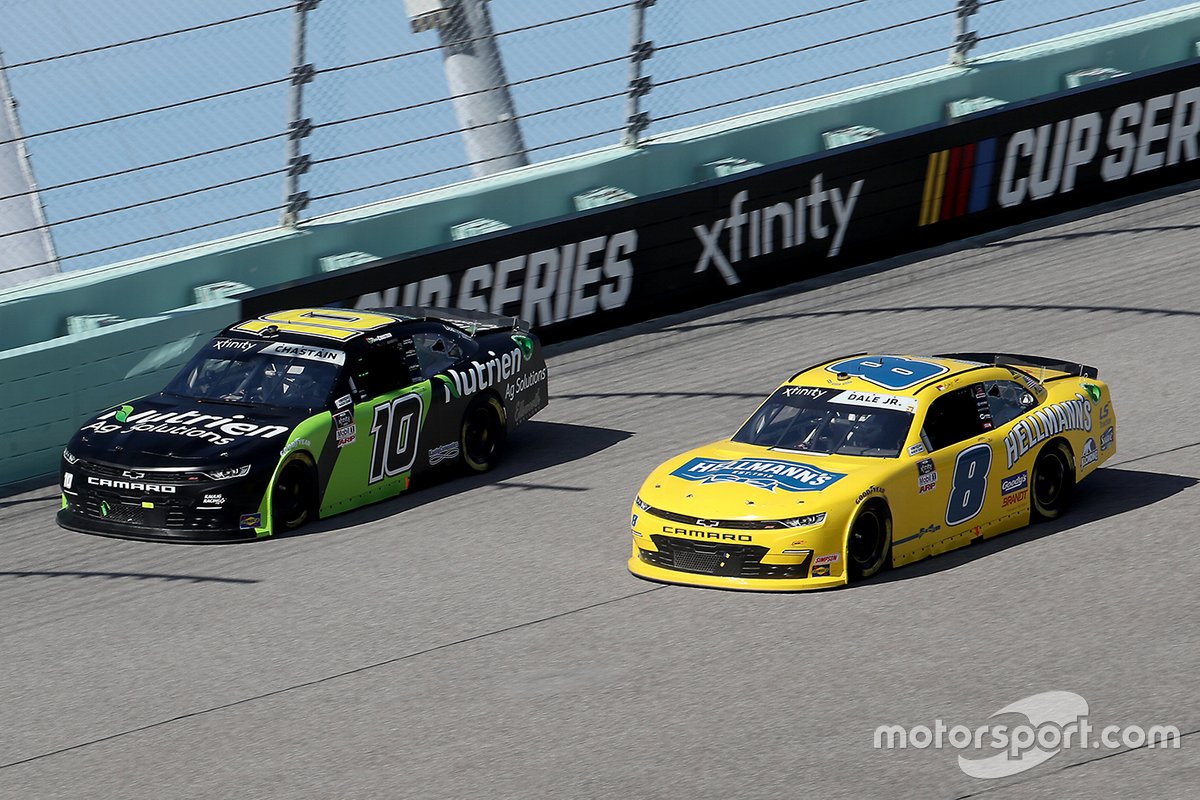