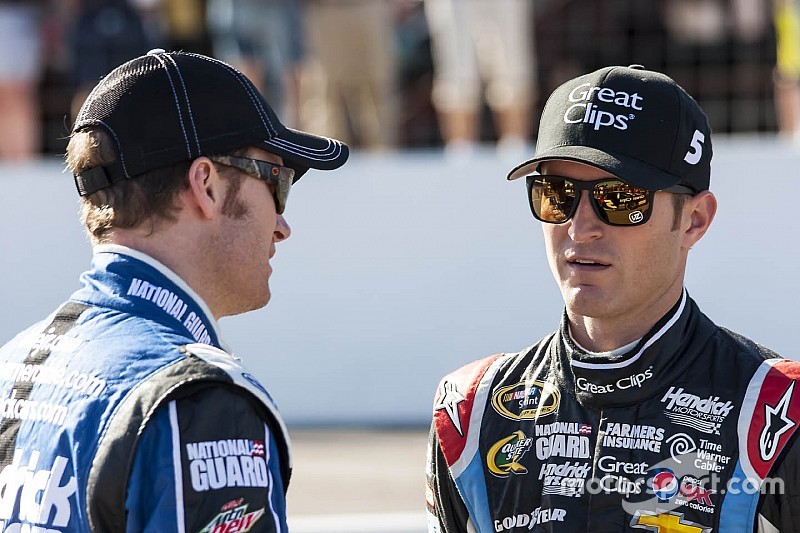 Earnhardt will continue to make several starts for his own team in the NASCAR Xfinity Series this season.

Earnhardt will make a pair of starts in the No. 88 Chevrolet Camaro at Bristol Motor Speedway (Aug. 18) and Richmond International Raceway (Sept. 8).

Kahne, who has made several starts for JRM through the years, will drive the car at Daytona International Speedway (Feb. 25) and Talladega Superspeedway (May 6).

Scott Radel, who serves as director of engineering at JRM, will serve as crew chief in all all four races. Radel has been at JRM since 2013 and previously worked for Hendrick Motorsports. He won the championship with JRM in 2014 as an engineer and brings 20-plus years of experience in calling races.

“I am looking forward to the opportunity to be atop the pit box for these four races, with Dale and Kasey behind the wheel,” said Radel, a 44-year-old Ohio native. “JRM has had tremendous success over the past three seasons, and the ability to field a fifth entry is one that will help continue building on that momentum in 2017.”

Earnhardt Jr., who won for the first time in a JRM Chevrolet last year at Richmond International Raceway, will return to the .75-mile D-shaped oval for one of his two scheduled races, and the other will be in the Bristol night race. Sponsorship for both events will be announced at a later date.

The No. 88 “All Star” car has been a full-time car the past two seasons, but with JRM’s expansion to four full-time teams and the addition of new drivers William Byron and Michael Annett, it will be a fifth JRM entry in the four races named.

Where are they now? - Dennis Setzer