MOORESVILLE, N.C. - It was announced today that Danica Patrick will pilot Turner Scott Motorsports' fourth entry in the NASCAR Nationwide Series (NNS) race at Daytona International Speedway. Patrick, who will be a full-time Rookie of the Year candidate in the NASCAR Sprint Cup Series (NSCS) in 2013, will be behind the wheel of the No. 34 GoDaddy.com Chevrolet Camaro in the season-opening DRIVE4COPD 300. Veteran crew chief Mike Greci will be calling the shots from atop the pit box. 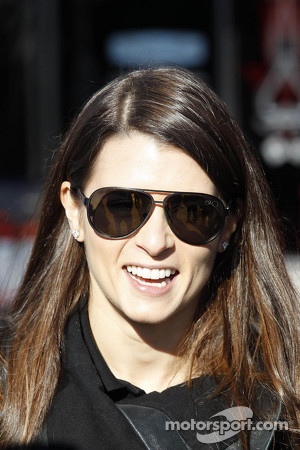 The former IndyCar driver, who made her Nationwide Series debut at the 2.5-mile superspeedway in 2010, has five previous NNS starts in Daytona, with a best finish of 10th (July, 2011). Patrick has three top-five starts at the Daytona Beach, Fla. track, including one pole award, which she earned in the first race of the 2012 season.

Patrick, who is the first woman in history to win an IndyCar race, has raced in a total of 58 NNS events, completing one full-time season in 2012. Patrick finished 10th in the 2012 driver point standings, tallying one top-five and seven top-10 finishes. The Roscoe, Ill. native also earned the NASCAR Nationwide Series Most Popular Driver award following her first full-time NNS campaign.

Patrick's longtime sponsor GoDaddy.com will back the No. 34 Nationwide entry. GoDaddy.com is the world's largest Web host and domain name provider.

"I'm looking forward to competing in the Nationwide Series race at Daytona driving the No.34 GoDaddy.com Chevrolet Camaro," said Patrick. "Turner Scott Motorsports is a great organization and they've got great people to work with. I really have to thank everybody at GoDaddy for this opportunity. They are always so supportive of what I do."

"We are very happy to announce the addition of Danica Patrick to our lineup for the race in Daytona," said team co-owner Harry Scott Jr. "We think a lot of Danica and what she's achieved so far in NASCAR. She's a great qualifier at Daytona and she has a lot of experience there in her relatively short NASCAR career. We think Turner Scott Motorsports has a lot of potential for the first race of the season and we're looking forward to getting to the racetrack."