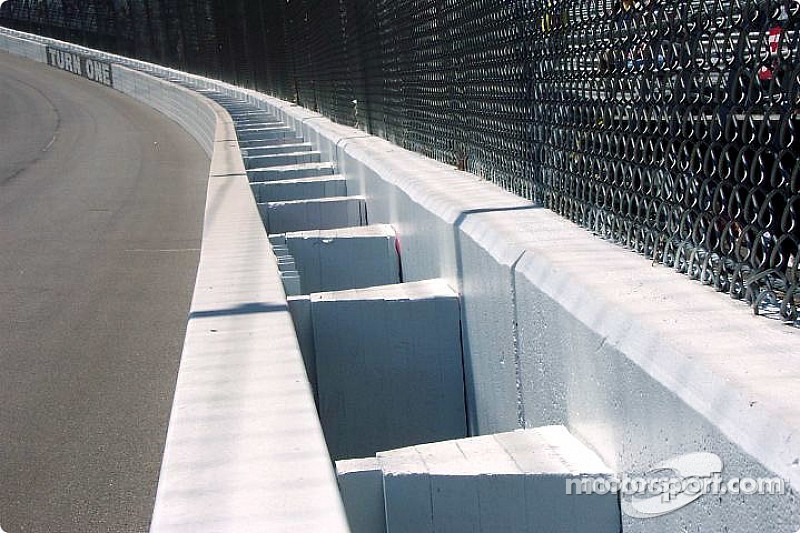 DAYTONA BEACH, Fla. – Before last July’s Sprint Cup race at Daytona International Speedway, the track added 2,400 feet of SAFER barrier from Turn 4 through the tri-oval and into Turn 1.

The improvements came after the 2014 Daytona 500 when NASCAR superstars Kevin Harvick and Danica Patrick – and others – slammed into portions of the concrete wall sans SAFER barrier.

On Saturday, as fate would have it, Kyle Busch discovered a patch of concrete wall that was unprotected on the inside of the 2.5-mile track entering Turn 1. Busch’s vicious crash, which occurred on Lap 112 of the NASCAR XFINITY Series race, resulted in the Joe Gibbs Racing driver taking a second ride – to Halifax Medical Center, 1.4-miles from the Speedway.

JGR's representatives confirmed late Saturday afternoon that Busch will not compete in the Daytona 500.

Taking care of the next generation

"We've got the team out tonight. We're going to install tire packs along that 850-foot linear square feet of wall, so we're ready to go racing tomorrow. Following that, the Daytona International Speedway is going to install SAFER barrier on every inch at this property.  This is not going to happen again."

Neither Chris Buescher nor Ty Dillon, who finished second and third, respectively, in Saturday’s Alert Today Florida 300 were aware that Busch had been transported from the facility during the race. However, both drivers believe in this day and age that tracks need to make a more concerted effort at protecting competitors.

I think we're to the point now in NASCAR we should have SAFER barriers at a place like this, we're going so fast.

“I think we're to the point now in NASCAR we should have SAFER barriers at a place like this, we're going so fast,” Dillon said. “I think we could probably afford it. I hate to hear anybody in our sport getting hurt.  We've advanced so far in safety, we shouldn't be having any crazy bad injuries.

“So hope he's all right.  But, yeah, I know if it was me, I would want a SAFER barrier there if I got hurt in a spot.”

“That's something we've seen through the years develop and turn into, you know, kind of a reactive cause,” Buescher said. “We keep running into situations where people find spots that aren't thought of before.

“I think the sport has progressed so far in the safety aspect.  We started to take it for granted.  But just there's really no room to do that.  My opinion, I mean, it needs to be as safe as possible.  If that means lining the inside walls as well, it's probably a good idea.”

Joe Gibbs Racing added that Busch was “awake and alert” and his right leg was being treated. With Kurt Busch’s current suspension, it will be the first time since the season finale at Atlanta Motor Speedway in 2001 that at least one of the Busch brothers has not competed in a NASCAR Cup race.

Harvick fends off Logano to win XFINITY race at Atlanta