Sadler ready for "next chapter" in life as NASCAR career ends 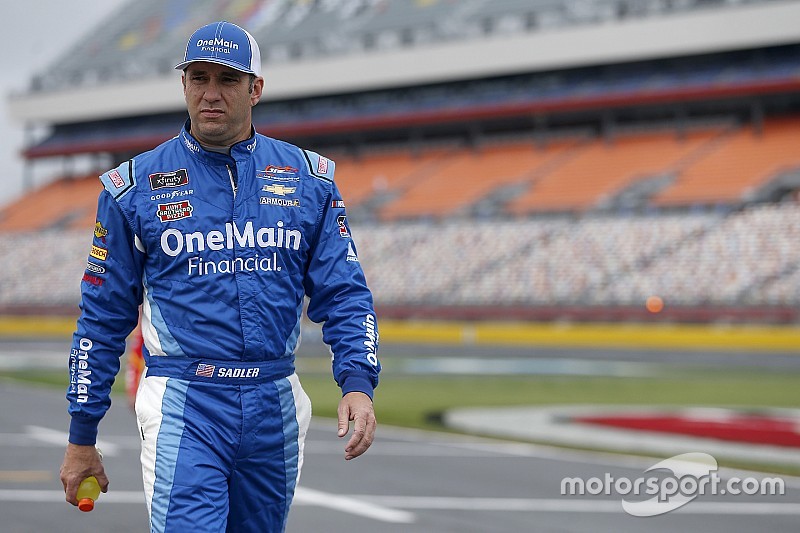 Elliott Sadler bid farewell to his full-time NASCAR career on Saturday with no regrets.

His final start with JR Motorsports in the Xfinity Series season finale at Homestead-Miami Speedway didn’t go as he had hoped.

To begin with, Sadler, 43, was not competing for the series championship – he had been eliminated from contention in the semifinal round. In the race, he ran in the top 10 but never contended for the lead and was forced to pit under green late in the race and ended up 14th.

When Sadler pulled his No. 1 Chevrolet to pit road after the race, an impromptu retirement party erupted around his car while in Victory Lane, his JRM teammate, Tyler Reddick, was celebrating his race win and first series championship.

As it turned out, there would be no championships in Sadler’s long NASCAR career, but also no regrets.

“You always want more because that’s just the competitive nature in you,” Sadler said. “I wanted to win the Daytona 500, I was so close. I wanted to win a championship because we were so close so many times in the Xfinity Series.

“I’ve had a really good career, made some really good friends and that’s the part I’m going to cherish.”

During his career, Sadler made 438 starts in the Cup series with three wins, his first coming with the legendary Wood Brothers team. He amassed 13 wins in the Xfinity Series in 395 starts and finished second in the series standings four different times.

Sadler had announced over the summer this would be his final fulltime season of NASCAR competition. He may make a start or two in the Xfinity Series down the road, but the bulk of his time going forward will be spent with his family.

“Honestly, I hope this is it. I’ve been doing this a long time,” Sadler said. “Dale Jr. put it the best way to me when we had our discussion. ‘You’re not retiring from something, you’re retiring to something.’

“That’s the way I’m really looking at it. I’m not retiring from racing. I’m retiring to the next chapter of my life that involves a lot of my kids, coaching, things that I want to do that I have on my plate.”

Following Saturday’s race, Earnhardt said he and Sadler’s careers paralleled quite a bit and they “raised hell and partied” in their early years.

“The friendship has been there for so long. We never thought we’d work together or race together,” he said. “Why would that happen? And here we are.

“He was able to just have fun, racing with us, and he had nothing to worry about – job security, anything like that, he could just enjoy racing his car.

“Now he’s ready to go do whatever he wants to do with his family.”