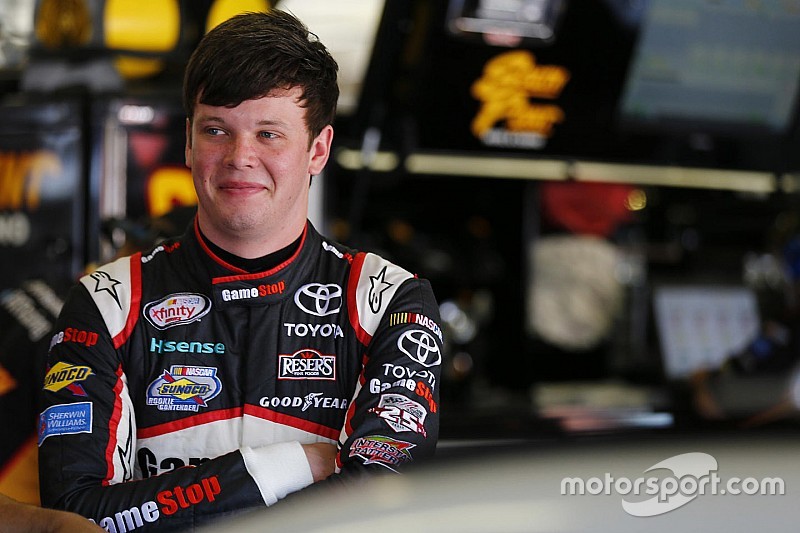 Erik Jones’ quest for the 2016 NASCAR Xfinity Series championship has been a bumpy one but this weekend’s race at Texas Motor Speedway could be his best chance to earn a shot in the Championship 4.

He owns the most wins of Xfinity Chase contenders this season (four) but he also leads the group in DNFs.

Jones, who entered the inaugural series Chase as the No. 1 seed, barely staved off elimination in the first round and got off to a troubling start in this one with a 15th place finish at Kansas.

At the moment, that leaves him on the outside looking in to make the championship race at Homestead as no series regular is yet locked into the title race by virtue of a win.

Elliott Sadler and Daniel Suarez are tied atop the standings followed by Blake Koch and Justin Allgaier. Sprint Cup Series driver Kyle Busch won at Kansas, denying a series regular a chance to claim the win and lock in a berth at Homestead.

Jones is hoping to change that in Saturday’s O’Reilly Auto Part Challenge at Texas.

“After a few weeks off, I’m really looking forward to getting to Texas this weekend and putting ourselves in position to compete for the championship in Miami,” said Jones.

“Texas is a track I really enjoy and have had success in both the Truck and Xfinity series. It’s a fun place, a place where we can put on a show for the fans and that makes it a lot of fun for the drivers.”

In his previous three starts at Texas, Jones has one win, three top-four finishes, one pole and has an average finish of 2.3.

In fact, Jones and his No. 20 Joe Gibbs Racing Toyota team have been particularly strong at all 1.5-mile tracks this season.

He finished third at Atlanta and Las Vegas, second at the first Texas race, 31st and fifth at Charlotte, fourth and 28th at Kentucky, first at Chicagoland and 15th at Kansas two weeks ago.

Jones’ crew chief, Chris Gabehart, said he couldn’t think of a better track on which to rest the team’s championship hopes then Texas.

“Erik has performed fantastic at Texas at every level thus far in his young career and really loves racing there,” Gabehart said. “I think we will have a great shot at getting ourselves locked into the championship race at Homestead a few weeks from now.”