Fight breaks out during red flag of NASCAR Xfinity race 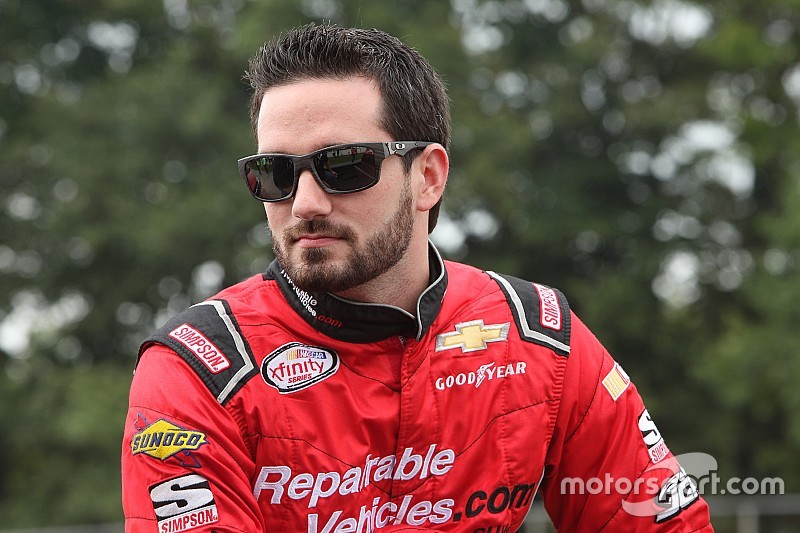 NASCAR Xfinity Series drivers Ross Chastain and Jeremy Clements will have to visit with NASCAR officials following their involvement in a fight during a red-flag stoppage of Saturday’s race.

With eight laps remaining in the second 85-lap segment of Saturday’s Fitzgerald 300 at Bristol (Tenn.) Motor Speedway, rain brought the race to a halt and the red flag was displayed.

The two drivers had apparently made contact on the track prior to the caution and subsequent red-flag. In an interview with Performance Racing Network, Chastain said Clements continued to bang on his car after the caution came out.

Photos of the incident show Clements coming up to Chastain from behind on pit road after both exited their cars. Clements appeared to grab Chastain’s shoulders to turn him around, after which Chastain struck Clements.

After the two were separated Clements had to make a trip to the infield care center, where he remained for substantial amount of time before emerging wearing a pair of dark sunglasses. He declined an interview request.

Photos show a NASCAR official was present at the time of the incident.

In a later interview with Fox Sports 1, Chastain said, “Somebody grabbed me by my shoulders and kind of pushed me. I just turned around and saw who it was. I hope he realizes now that he can talk, we can talk, but you can’t grab someone by the shoulders. That happened before and I said right then I wouldn’t let it happen again. What’s done is done.”

Both drivers returned to their respective cars and continued the race when it resumed after the nearly one hour, 39-minute rain delay.

NASCAR officials said they would review the incident at their weekly competition meeting and had no further comment.

Chastain, speaking after the meeting in the hauler, said he considered the incident over and shook hands with Clements and series director Wayne Auton.

"We've had three years of running together and we've had our differences both on and off the track," Chastain said. "It was a reaction on my part. It was the first time I've ever hit anybody in my life. As I told them, it was just a reaction to being grabbed.

"I don't know what I'd do if I had to do it over again. I can't just let me people come up and grab me. It's happened before in NASCAR and not in NASCAR. I felt like I had to stand my ground."

Fitzgerald Glider Kits to back Montoya in Indy 500