“When you walk around it, it has banking, but when you’re in a car it’s like, where did the banking go?” Wallace said. 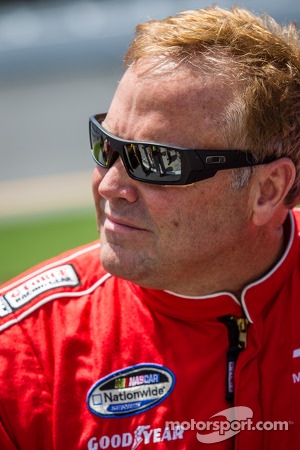 NHMS has seven-degree banking in its turns, but drivers generally consider it a “flat” track. Cars reach high speeds down the two straightaways and must be slowed suddenly for the turns.

“It’s a challenging race track,” Wallace said. “I wish it had about 10 more degrees of banking. Handling is such a premium. And you’ve got to have power there because you slow down and then drive up off the corners.”

Wallace, who has three top-10 finishes in 11 Nationwide races at NHMS, will give the track another go in Saturday’s CNBC Prime’s “The Profit” 200. He’ll be in the JD Motorsports with Gary Keller Chevrolet.

Ambrose will race at Mid-Ohio and Michigan on same weekend

Parker Kligerman returns to the New England for Loudon 200