Gase calls out Gallagher after practice collision and confrontation 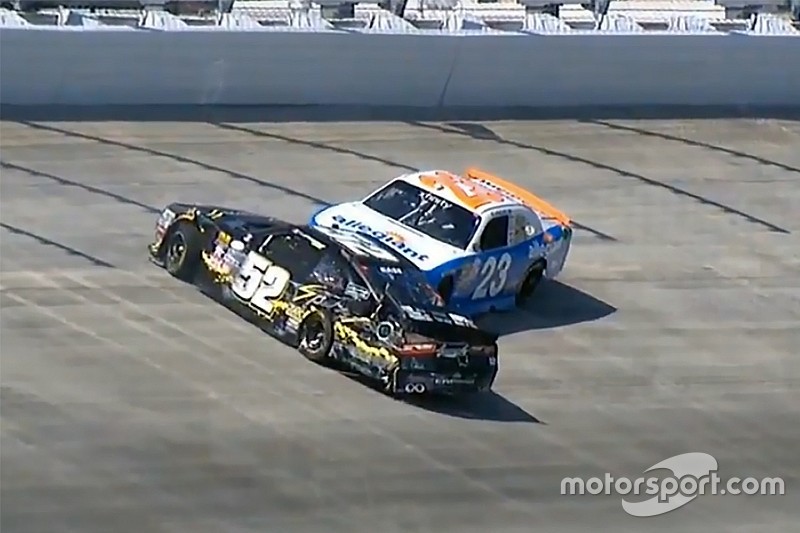 Gase was entering Turn 3 but backed off more than Gallagher anticipated, sending both drivers into the outside wall. Both will now have to go to backup cars for the race.

Gallagher was furious after the contact and took to the radio to voice his displeasure. "He just stopped going into three! What is he thinking? Unbelievable! I'm sorry guys."

In the garage, the drivers appeared to have a brief confrontation before going their separate ways.

In a candid Fox Sports 1 interview, Gase gave his take and did not hold back. "He just flat-out spun me going into three for no reason," said Gase. "We were struggling really bad. I gave him plenty of room and he just drove right into me. I think it just shows how bad of a driver he is. Look right now in the garage stall ... he's one spot ahead of us in driver's and owner's, (but) he's about probably five to seven million more dollars invested in his team right now than what we have.

"All he said was 'get the hell away from me,' so he didn't give me a reason or anything other than I guess he just sucks really, really bad."

Gase comes into Dover 19th in the championship standings with Gallagher is just six points ahead in 18th.