Harvick takes the win at Richmond for RCR

The No. 2 Chevrolet team is second in the Nationwide Series owner championship point standings, 13 points shy of the No. 18 team's lead, with the No. 3 team fourth in the standings and the No. 33 team sixth. Dillon leads the Sunoco Rookie of the Year standings over Cole Whitt. 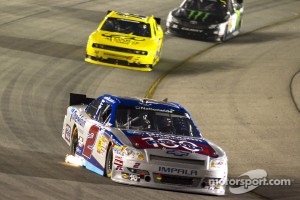 Harvick, A. Dillon and T. Dillon were among the five drivers in the 43-car field that spent 100 percent of the race running in the top 15. A. Dillon maintained the third-best Average Running Position (3.955) and ranked third in Green Flag Speed (115.901 mph).

Combined, the RCR entries posted the Fastest Lap for 123 out of 250 circuits with Harvick (74 fastest laps), A. Dillon (25), Sadler (23) and T. Dillon (1). Harvick earned his first Nationwide Series victory of the season and was followed to the finish line by Stenhouse, Kurt Busch, Denny Hamlin and Michael Annett.

The OneMain Financial team battled back from a late-race incident to finish 12th under the lights at Richmond International Speedway on Friday. Starting the Virginia 529 College Savings 250 from the 12th position, Sadler moved up to the seventh spot by lap 16 and continued to work his way toward the front, breaking into the top five by lap 55.

Content with the handling of the No. 2 OneMain Financial Chevrolet, Sadler consistently turned the quickest laps as he positioned himself in the third spot on lap 92. Throughout several scheduled pit stops, the Luke Lambert-led crew worked on the No. 2 Chevrolet and made slight chassis and air pressure adjustments, as well as adding four tires and fuel.

A two-car incident on lap 156 brought the field to a halt as NASCAR officials dropped the red flag to clean up debris on the track. After a brief delay, the field went back to green-flag racing on lap 160, and Sadler jumped to the third position with 75 laps remaining.

As the Emporia, Va, native battled alongside the No. 6 car going into turn two, the OneMain Financial Chevrolet spun, hitting the wall and damaging the right side of the Chevrolet. Sadler brought the No. 2 Chevrolet down pit road several times for the RCR pit crew to methodically repair the car while staying only one lap down.

Back on the track, Sadler moved into the Lucky Dog position, and earned the award to gain the lap back after a lap 227 caution. After the green flag was displayed on lap 233 for the final laps, Sadler moved from 23rd to the 12th position, where he crossed the finish line. Sadler remains the leader of the NASCAR Nationwide Series driver championship point standings, one point ahead of Ricky Stenhouse Jr.

Elliott Sadler (Start - 12, Finish - 12, Laps Led - 0, Points - 1): "I hate that we had this kind of day for the OneMain Financial team. These guys worked so hard all day long, and I know that we had a car to compete for the win today. That's racing, but these guys never quit.

I feel like I let the team down, but we are all hungry and have no other choice but to get back up and fight. I've said it several times this season, but these are the races and circumstances that make a championship team. We will regroup, get more fired up and head to Chicagoland Speedway next weekend."

Austin Dillon and the No. 3 AdvoCare Chevrolet Team Earn a Sixth-Place Finish at Richmond International Raceway

Austin Dillon was a strong contender in Friday night's NASCAR Nationwide Series race at Richmond International Raceway, leading laps in Richard Childress Racing's No. 3 AdvoCare Chevrolet early in the Virginia 529 College Savings 250 before posting a sixth-place finish. Dillon started the 250-lap event from the second position and drove to a commanding lead in the opening laps of the race. 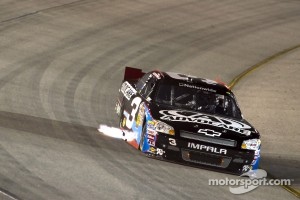 Approximately 15 laps into his initial green-flag run, Dillon dropped to third in the running order, reporting to crew chief Danny Stockman that the black No. 3 machine developed a tight-handling condition in the center of the corners, a condition that persisted for the duration of the event.

Routine pit stops throughout the race afforded the AdvoCare team opportunities to try to provide relief from the handling issues the young driver was facing through air pressure and chassis adjustments. Quick work on pit road gained Dillon several positions on the race track with every pit stop and the Sunoco Rookie of the Year contender never fell below eighth in the running order.

He was scored in the sixth position for the final restart of the race on lap 233 and briefly fell to seventh in the running order before climbing up to sixth for the finish. With his top-10 finish at RIR, Dillon moved up one position, to third, in the Nationwide Series driver championship point standings.

Austin Dillon (Start - 2, Finish - 6, Laps Led - 14, Points - 3): "We started off really strong at the beginning of the race but faded as the night went on. I think we used up a little bit more of the brakes than we wanted to. When we come back we will have to figure out how to change that up or how to roll the center of the corners better, because that was something we struggled with all night.

We had forward drive, but we just couldn't roll through the center of the corners. I'm pretty happy with our finishing position. I just wish we could have finished a little bit further up. I do have to say the AdvoCare pit crew was awesome tonight and did a great job of gaining us track position on every single pit stop. I'm proud of those guys for all of their hard work."

Kevin Harvick and the No. 33 Armour Vienna Sausages team captured their first NASCAR Nationwide Series victory of the 2012 season after leading the most laps while battling a loose-handling condition in the Virginia 259 College Savings 250 under the lights at Richmond International Raceway. 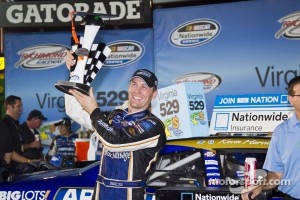 The Bakersfield, Calif., native started the race from the third position and quickly reported to crew chief Ernie Cope that he was battling a loose-handling condition on the No. 33 Chevrolet as he traveled around the 0.75-mile race track. Cope called Harvick to pit road during a caution period on lap 40 for four fresh tires, fuel and chassis adjustments, sending Harvick back on track in the third position for the lap-44 restart.

As green-flag racing resumed, the two-time Nationwide Series champion moved into the lead by lap 71 and remained out front until the team's final pit stop on lap 187 when the No. 33 pit crew changed four tires, added fuel and made another round of chassis adjustments to combat the loose-handling condition Harvick was facing.

The No. 33 Richard Childress Racing team was scored in the second position for the ensuing restart and was shuffled back to the third position as the field returned to full speed. As the final laps ticked away, Harvick powered on to regain the lead with 22 laps remaining in the 250-lap affair and was able to hold onto the top position, grabbing the checkered flag to earn his first victory of the 2012 season.

Kevin Harvick (Start - 3, Finish - 1, Laps Led - 141, Owner Points - 6): "What a great night for the entire Armour Vienna Sausages racing team. It's been a great year for us in the NASCAR Nationwide Series car, I know we haven't won the races that we needed to, but man have we led a ton of laps and been in contention to win just about every race this year.

Sometimes you go through slumps like that, and when you break them, it just makes a win that much sweeter. Our team did an awesome job tonight, and it's about time we finally got to celebrate in Victory Lane."

Sporting the blue and white colors of WESCO for his third career NASCAR Nationwide Series start, Ty Dillon and the No. 51 Richard Childress Racing team earned a seventh-place result at Richmond International Raceway on Friday night. Dillon started the Virginia 529 College Savings 250 from the 11th position and reported a tight-handling condition on the No. 51 Chevrolet.

Throughout the early stages of the event, crew chief Marcus Richmond utilized scheduled pit stops to add four tires, fuel and chassis adjustments to combat the handling issues. During a long green-flag run, the tight-handling issue subsided on the blue and white machine, and Dillon climbed into the top 10 of the running order.

A caution flag slowed the field on lap 185 with the 20-year-old positioned in sixth. A fast pit stop by the WESCO pit crew that included four tires and fuel returned Dillon to the sixth spot for the ensuing restart. As green-flag racing resumed, the Welcome N.C., native battled three-wide for position. Dillon was shuffled back to the 10th position and fell as far as 13th with less than 50 laps to go in the race.

Dillon battled his way back into the top 10 by lap 234 and passed three additional cars in the closing laps of the 250-lap event to bring the WESCO Chevrolet home in the seventh position. Dillon's seventh-place result marks his third top-10 finish in his third Nationwide Series start.

Ty Dillon (Start - 11, Finish - 7, Laps - 0, Points - N/A): "I can't thank everyone at WESCO enough for giving me the opportunity to drive this No. 51 Chevrolet again in the NASCAR Nationwide Series. We had a fast car but couldn't get the track position we needed there at the end. It was a lot of fun, and I hope to race in more Nationwide Series events in the future."