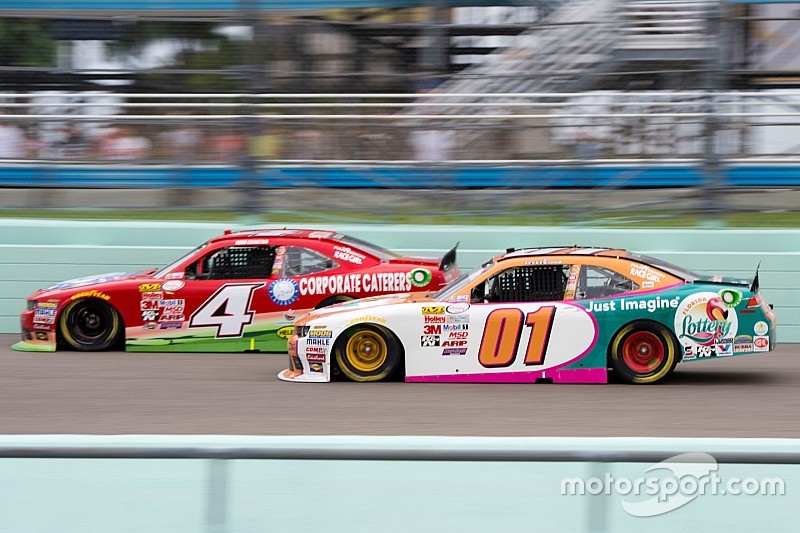 The Johnny Davis-owned team officially announced their updated roster Monday evening. Chastain, 23, ran his rookie season in the No. 4 Chevrolet Camaro last year, ending the season 15th in points with four top tens and a career-best result of ninth.

“I feel like we really overachieved last year, especially since I hadn’t been to a lot of the tracks,” Chastain said in a JDM release. “Now we’re back and we’ve regrouped. The right people are in the right places, and the morale of the whole team is better.”

Modified champ gets his shot

With Landon Cassill's new Sprint Cup ride, a new name has been selected to pilot No. 01 for this upcoming season with Ryan Preece, the 2013 NASCAR Whelen Modified Tour champion. Preece, 25, has just three previous NXS starts with a career-best result of 14th. In 2015, he made five appearances at the Cup level in the No. 98.

“It’s a great opportunity to run with Johnny Davis Motorsports,” Preece said. “I’ve been bouncing around between Sprint Cup and Xfinity, and it’s good to have a chance to run Xfinity full-time. It’s a lot of good seat time."

The organization will also field a third car (No. 0) with various drivers throughout the year, most yet to be named. NASCAR veteran Eric McClure will be behind the wheel in the season-opener at Daytona International Speedway.

“Everything is lining up well,” Davis said in a JDM release. “We expect to have three strong teams when we get things started next month in Daytona. We should be astronomically better than last year. We’re better prepared, and we have more resources.”

Opinion: The hits and misses in NASCAR's latest changes