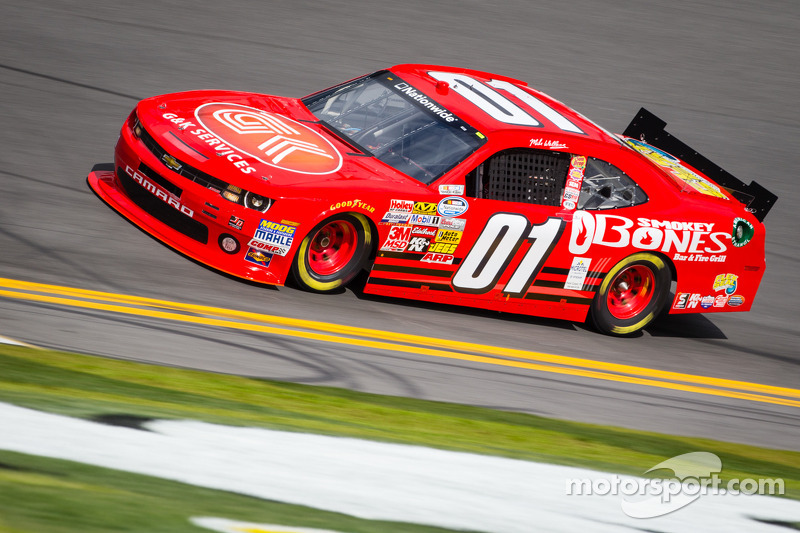 Mike Wallace and Daryl Harr both encounter issues in the desert.

GAFFNEY, S.C. – Mike Wallace and Daryl Harr were prepared and ready to attack Phoenix International Raceway to rebound from Daytona. The weekend began with two practice sessions on Friday.

The No. 01 Verve! Bold Chevy went through a variety of changes as the Marc Browning led crew searched for the winning setup for raceday. After experimenting with different approaches, the team ended up 34th and 33rd respectively. 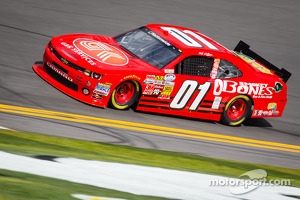 Saturday morning began with qualifying, where the No. 01 Verve! Bold Chevy would start the race from the 25th position. The entire team was thrilled to have picked up from practice and began to work on race strategy to work their way through the field. Daryl Harr in the No. 4 machine ended up rolling off 38th to begin the race.

Immediately from the drop of the green flag, both cars were able to move up through the field, with Mike Wallace finding himself in the top 20 less than 40 laps in.

The driver radioed that the car was sporty as the first round of pit stops occurred, and the Johnny Davis led team began to fine tune the handling. Daryl Harr was also able to avoid early trouble and raced on the lead lap as a number of caution flags flew.

Unfortunately, as cars began wrecking in front of the No. 01 machine, Wallace was clipped in the nose and the experienced driver brought the car to the pits for repair.

After determining the front end needed attention, the crew took the car behind the wall to work on the A frame. Less than 30 laps later, Daryl Harr began to experience motor issues and was also forced to the garage, dashing the teams’ hopes for a strong finish.

The No. 01 Verve! Bold Chevy returned to the track and finished the day 32nd, 61 laps down. Daryl Harr ended up 34th, only completed 95 laps. The team now sets its’ sights on Las Vegas Motor Speedway, looking forward to a strong finish.

Mike Wallace Quotes: “First I would like to thank the folks at Vemma for coming on board at Phoenix. It was great to have the Verve! Bold brand as part of the team this week. After working through different set ups in practice, the car actually raced really well.

Unfortunately we were clipped while avoiding a spinning car, and it pretty much ended the day for us. The car was good during the race and we were moving up before the incident. Now we head to Vegas, a place where we love to race, and we look forward to running well.”

Daryl Harr Quotes: “I had a great time racing for JD Motorsports at Phoenix. It’s a bummer that the engine had issues, but hopefully we can come back from it at Vegas!”

Kligerman hopes to get lucky in Las Vegas 300