Jeffrey Earnhardt's resurgent NASCAR season may be over

The best season of Jeffrey Earnhardt’s NASCAR career appears to have come to a premature end. 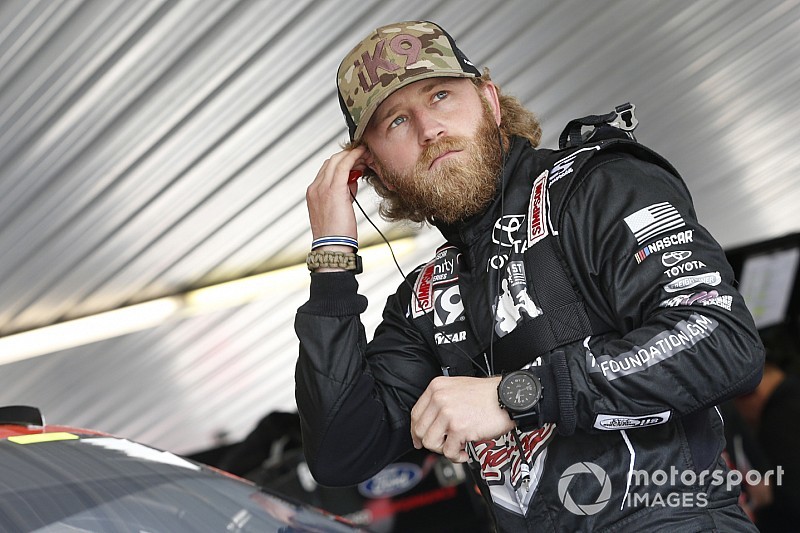 Earnhardt, the grandson of the late seven-time NASCAR Cup Series champion Dale Earnhardt, posted a message on his social media accounts Wednesday saying he had “parted ways” with sponsor iK9.

Earnhardt was scheduled to compete in Saturday’s Xfinity Series at Mid-Ohio Sports Car Course in Joe Gibbs Racing’s No. 18 sponsored by iK9.

A spokesman for JGR told Motorsport.com that iK9 remained a sponsor of the organization. Later Wednesday afternoon, JGR announced Jack Hawksworth would drive its No. 18 Toyota this weekend at Mid-Ohio.

While this weekend will mark his first race at Mid-Ohio in the Xfinity Series, the 28-year-old Bradford, England, native is no stranger to the 2.4-mile course. Most recently, Hawksworth competed at the track in the IMSA WeatherTech SportsCar Championship’s GTD class where he and teammate Richard Heistand piloted their Lexus RC F GT3 to the win in May.

The duo are currently tied for the lead in the IMSA GTD Sprint Cup Championship team standings and sit fourth in the overall GTD points standings.

"From a personal perspective, I’m very excited to experience something new and to be challenged in a new way. It’s going to be very different, I’m sure it’s going to be difficult and there’s going to be a bit of a learning curve with it, but I’m going into it with a championship-winning organization so that gives me a lot of confidence."

Earnhardt was scheduled to compete in the Xfinity race at Daytona earlier this month but the Xtreme Concepts team withdrew its No. 81 Toyota entry just days before the event.

The fourth generation racer has made seven starts in the Xfinity Series this year, splitting his time between the No. 81 XCI Racing Toyota and the No. 18 JGR Toyota. He scored a career-best result of third at Charlotte Motor Speedway in May and led 29 laps in the aeason-opener at Daytona.

He also made one Cup start with XCI Racing at Talladega in the spring, starting 33rd and finishing 22nd after being caught up in a last-lap wreck.