Jeffrey Earnhardt ready for "best ever" chance at NASCAR career

Jeffrey Earnhardt is no stranger to NASCAR competition, but as far as he’s concerned, the 2019 season is “only the beginning” of his racing career. 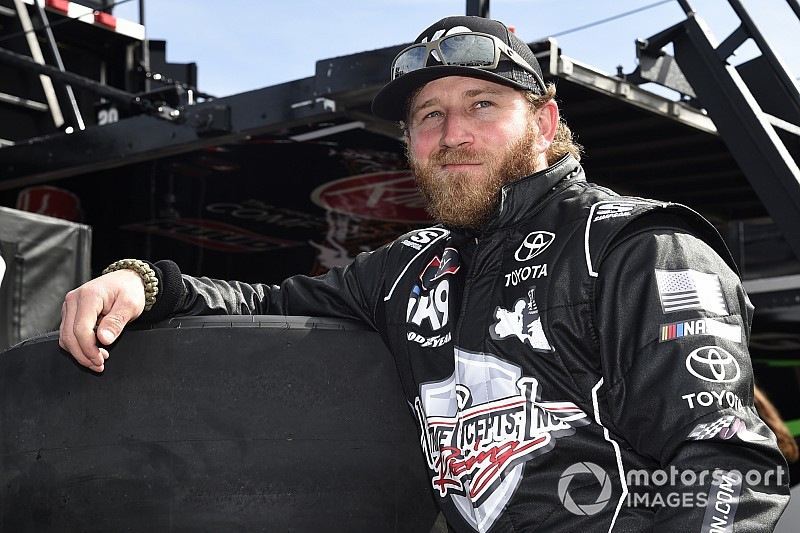 In many ways, he’s right.

This season, however, provides Earnhardt perhaps his best chance to showcase what he can do given an opportunity in some of the sport’s top equipment.

He is going to run nine Xfinity Series races this year with Joe Gibbs Racing, beginning with Saturday’s season opener at Daytona International Speedway. He will also drive seven other races (two in Cup, five in Xfinity) for the new Xtreme Concepts Racing team, which will have a technical alliance with JGR.

“I think it’s the beginning of a change in my whole career.”

Xtreme Concepts Inc., owned by Landon Ash, is already an existing sponsor of JGR and sponsoring Earnhardt’s nine Xfinity races as well as several others with drivers at JGR.

In the last several years, Earnhardt has tried to land competitive rides without much luck. In 2012, he even briefly flirted with competing in MMA.

He insists, however, his entire focus now is on developing a successful NASCAR career.

“Everyone keeps asking me what I would do if I wasn’t racing, but I’m not sure I’m good at anything else. Racing is all I’ve ever known,” he said. “It’s still 100 percent my full focus and all I’m looking to do.

“I haven’t given up on racing yet and I’m sure has hell not going to give up now.”

Earnhardt only hit the track in a JGR car for the first time on Friday but he already has been able to tell an incredible difference in the short time he’s spent around the organization since the official announcement of his hire in November.

“The knowledge I’m getting to better myself as a driver is what I am most looking forward to. To me, it’s been really hard to get that opportunity. It’s hard to compete with these guys that have these big notebooks and all these resources available to them to make themselves better,” he said.

“Don’t get me wrong, I’m very thankful for every opportunity I’ve had but this is by far the best, probably the best ever.”

With the chance at top-level equipment comes higher expectations.

Earnhardt does not shy away from the challenge.

“If you don’t feel like if given the right equipment you can’t go out there and win a race, then why are you out there?” he said. “People might call it cocky. Say what you want, but if I’m out here not thinking I can win a race, then I shouldn’t show up.

“Now, I’m driving cars that win about every time Kyle Busch gets in them. You look at all those races Christopher Bell won last year and all the success that they’ve had in their Xfinity program.

“The equipment is there and if I don’t perform, then it falls on me. I am not worried about that part.”

AJ Allmendinger after Vegas win: ‘I don’t take it for granted’