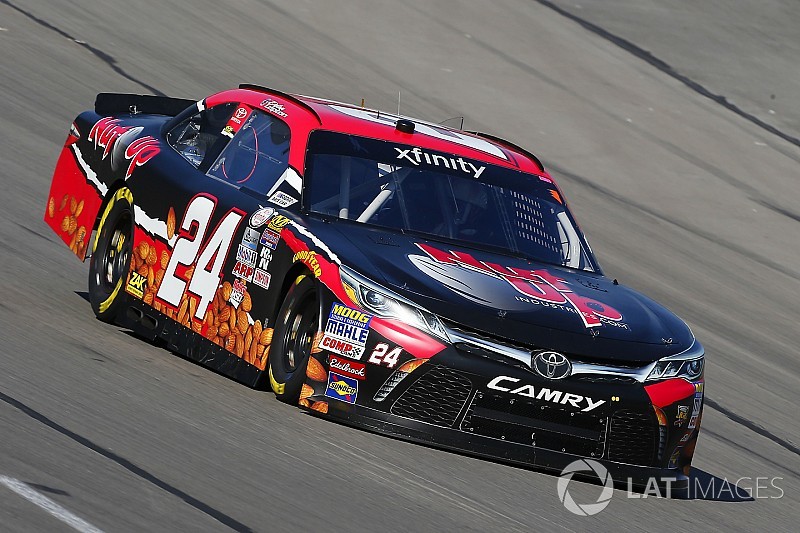 JGL Racing, which fields the No. 24 and No. 28 Xfinity teams, plans to switch manufacturers ahead of the 2018 season.

The team has fielded Toyotas for the past three years, but will move over to the Ford Performance camp during the off-season and partner with Roush-Fenway Racing. During the 2017 season, they've scored three top fives and five top tens. Their best result came in the July Daytona race when Dakoda Armstrong finished third and Jeb Burton was fourth.

"These are exciting times for the JGL Racing organization," said James Whitener, owner of JGL Racing.  "We appreciate the support we have received from Toyota and Joe Gibbs Racing over the last few years. We felt that in order for our team to make the next step in our growth process that we needed a more robust technical alliance behind us - and this opportunity with Ford Performance and Roush Fenway Racing provided us that and made the most sense. We look forward to finishing out the season in our No. 24 car and then we will turn our attention to 2018 and getting all of the proper pieces into place."

Additionally, Camping World Truck Series driver Kaz Grala will step-up to the Xfinity Series, joining JGL Racing for 2018. Grala won the 2017 CWTS season-opener at Daytona and made the championship playoffs, ending the season seventh in the standings.

"I am beyond excited about the opportunity to drive for JGL Racing next year full-time in the NASCAR XFINITY Series," said Grala. "I've been watching XFINITY races since I was a little kid, so to be able to compete at that high of a level is nothing short of a dream come true. I can't thank James Whitener (owner of JGL Racing) and everyone at JGL enough for this opportunity. Bring on Daytona!"