Johanna Long is getting back on track 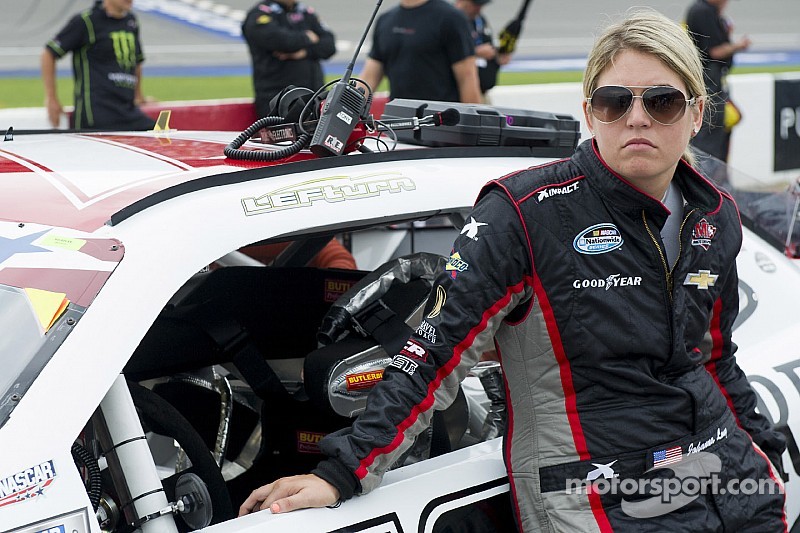 Long is looking for a second chance with Mike Affrano Motorsports.

On Wednesday, the team announced that Long will drive the No. 03 Chevrolet in the Xfinity Series starting with the season opener at Daytona International Speedway on Feb. 21.

They’re a small team but Mike’s a racer and we’ve agreed it’s better to go to select races and be competitive.

“I’m excited to be aligned with Mike Affarano,” Long told Motorsport.com. “We’re going to Daytona and Atlanta and then take off the West Coast races and go from there.

“I’m not sure how many races we will run. They’re a small team but Mike’s a racer and we’ve agreed it’s better to go to select races and be competitive. I’ve been to the shop a couple of times and I can’t wait to get back to the race track.”

Long competed part-time in the NXS for Mary Louise Miller in 2012 and 2013. With her Daytona debut, Long became the youngest feel to compete in the NXS at 19. She finished a career-best 12th with MLM that season upon her July return to the 2.5-mile track.

Despite running just 21 of 33 races that season, Long finished 20th in the point standings. The 22-year-old Pensacola native has matched her best career finish was 12th Kentucky and Iowa Speedway.

Mike Affarano Motorsports hopes to run Long in the Camping World Truck Series as well. Long competed in 24 truck races between 2010 and 2011 with her family-owned team. She finished 11th in her second season at Texas Motor Speedway.

"We are thrilled to have Johanna behind the wheel for 2015," Affarano said in the release. "She has such drive and determination that will represent our team well on and off the track, and we know she's great with attracting sponsors and fans.

“We're looking forward to growing and progressing as a company together this season."

Earnhardt to drive for Viva Motorsports