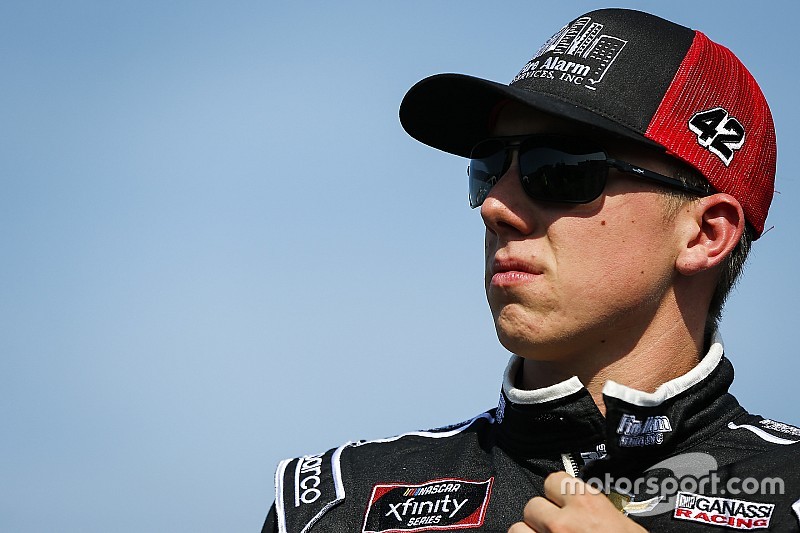 Given his success last season, it was no secret John Hunter Nemechek hoped to return to Chip Ganassi Racing in 2019 but that’s not how it worked out.

In the end, Nemechek’s move to GMS Racing to compete fulltime in the Xfinity Series this season may have been one of the most important of his young NASCAR career.

At the end of the year, however, it was Ross Chastain who was offered the fulltime ride with Ganassi’s No. 42 Xfinity team and Nemechek was left looking for other options.

“Towards the end of the year last year it was stressful for myself. I didn’t know what opportunities were going to present themselves,” Nemechek told Motorsport.com. “We had a really good year in Chip Ganassi’s No. 42 and ended up getting our first win and ended up a contender for the owner’s championship.

“The funding I could bring to the table wasn’t enough to stay and run fulltime but I’m really blessed and thankful for the opportunity from GMS Racing and (owner) Maury Gallagher and Chevrolet – everyone involved in bringing myself over to GMS.”

Earlier this month Chip Ganassi Racing announced it was shutting down its No. 42 team due to a lack of sponsorship funding.

The No. 42 Xfinity team was scheduled to be sponsored in large part by DC Solar. In late December, there were multiple reports that the FBI conducted twin raids on the home of DC Solar CEO Jeff Carpoff in Martinez, Calif., and the company's headquarters in Benicia, Calif.

"Blessed" to be with GMS

The shutdown decision move meant Chastain lost his promising ride for the upcoming season, a ride that at one point Nemechek was hoping would be his.

“I’ve always been told everything happens for a reason. God is good and works in mysterious ways,” Nemechek said. “Like, I said, I’m blessed with the opportunity at GMS Racing.

“When I first heard the news about the Chip Ganassi Racing deal – you never want to see that happen to another driver because you could be in that position. I look back and say, ‘What if I would have stayed there? Where would I be?’

“I hate it for Ross. For Chip Ganassi Racing I hate it, their Xfinity program was one of the best in the business. For all the guys that were employed under the Xfinity program, I grew really close relationship with them. You hate to see them lose their jobs.”

Nemechek’s move to GMS Racing is coming with another unexpected plus as well. He was one of six drivers named Thursday to the new Drivers Edge Development program, created by an alliance among GMS, JR Motorsports and Chevrolet.

The program, which includes efforts to encourage on-track and off-track professional growth, was designed to help groom a next generation of drivers, giving them the opportunity to progress through NASCAR’s ranks while remaining aligned with Chevrolet.

“For Chevy to put their name on this, as well as JR Motorsports and GMS Racing, it’s a really big deal. No one really has a program like the one they are developing here,” Nemechek said.

“I’m looking forward to it, not just to build my brand off the race track, but also building myself as a person, getting people to know me maybe as John Hunter instead of Joe Nemechek’s kid.

“We’re a single car team at GMS but we have guys that I can go to and talk to and pick their brains. With building a brand, what better guy to pick the brain of than Dale Earnhardt Jr.?”