Justin Allgaier will return to JR Motorsports in 2020 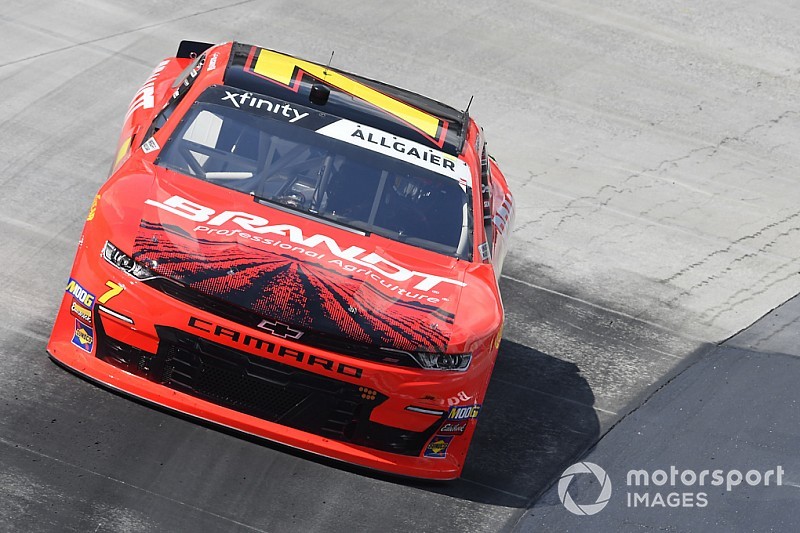 Justin Allgaier confirmed Friday he will return to JR Motorsports next season in what he described as a “no-brainer” of a decision.

Allgaier has shown no secret of his disappointment of not yet being able to secure a win this season in the Xfinity Series with his No. 7 JRM team but he still sees racing with the organization as “a great fit.

“I will be back next year. Same deal. Everything is good,” Allgaier said Friday at Road America. “We’re doing the same thing next that we are doing right now. First and foremost, JR Motorsports just fits my style. When you look at people and you look at performance, you look at sponsors, there’s so many things that make sense at JRM for me.

“I’ve just decided that as long as they’re happy, for me, it’s a great place to be at and I’m going to go for race wins and the championship. It’s a no-brainer if you will.”

Allgaier, 33, said he “absolutely” would like to return to racing in the Cup series at some point.

“But, if that never happens, I’m not going to be disappointed in it,” he said.

Since joining JRM for the 2016 season, Allgaier has won seven races and never finished worse than seventh in the Xfinity Series standings. Even without a win this year, he still fourth in the standings virtually locked in the playoffs.

“We still need more speed, especially on the mile-and-a-halves, but I’m just hopeful that we wasted all of unfortunate happenings throughout the course of the year and the playoffs will go smooth,” he said.

“You look at Tyler (Reddick) last year. That’s how his season went. They had crashes and stuff that was self-induced and not self-induced and then they got to the playoffs and there were like tried and true.

“They didn’t miss a beat. That’s my hope for 2019 that we roll through to the end and everything is good.”

Jeremy Clements ready to capitalize on another Road America win