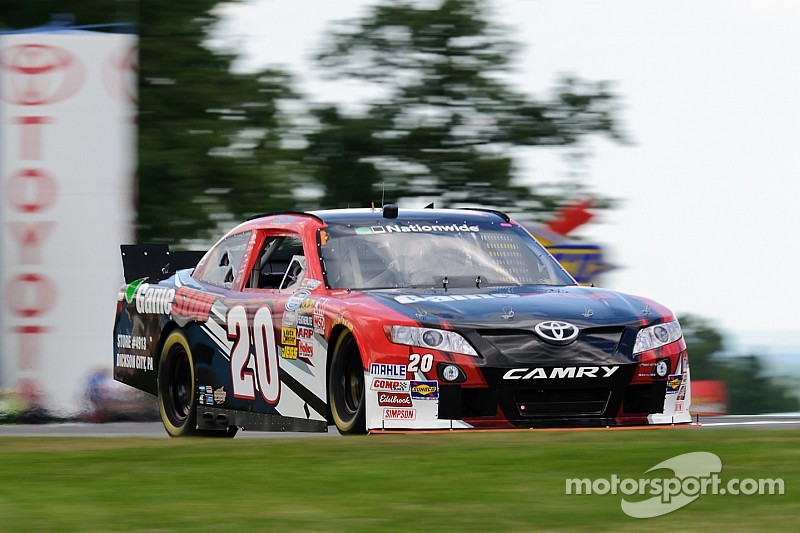 Joe Gibbs Racing development driver to wheel the No. 20 Toyota.

Boston, 25, will pilot the No. 20 Zloop Toyota Camry for Joe Gibbs Racing. Boston is also scheduled to race next weekend at Dover International Speedway.

The Baltimore, Maryland native currently campaigns the No. 25 Toyota for Venturini Motorsports. Boston won races at Toledo Speedway and Madison International Speedway this season after earning the ARCA Rookie title in 2013.

"I can't begin to thank everyone enough who have put me in a position to move up to the Nationwide Series and are giving me a great shot to be successful,” Boston said in a release. “Joe Gibbs Racing has top notch equipment and people in their organization, and I'm just thankful to be able to be a part of it."

“I thought that it went really well,” said Boston, who finished eighth in his first ARCA start at Kentucky Speedway. “I was able to work with Kevin and the No. 20 team during that test, so we already have some chemistry going.

“There’s quite a difference of course between the speeds reached in an ARCA car versus a Nationwide Series car, but I think we will be successful in getting me acclimated to those differences the more time I have behind the wheel.”

It's showtime for Daniel Suarez